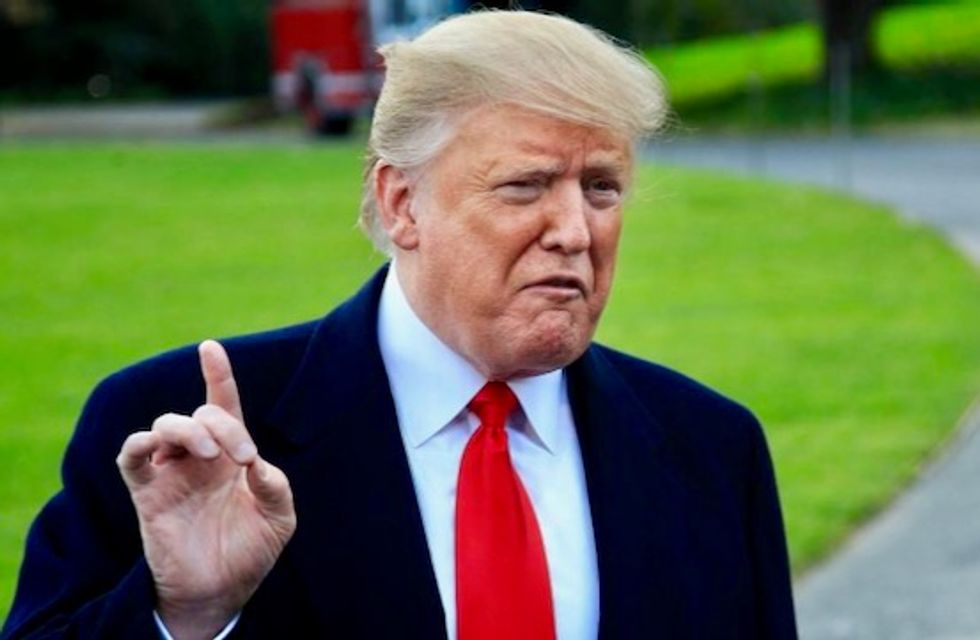 President Donald Trump tends to generate headlines thanks to his outbursts and draconian policies, like when he attacks other lawmakers or the media and his pledge to build a wall.

But, writing in the Washington Post, columnist Greg Sargent reminds us that Trump's demeanor is also often accompanied by a dose of corruption.

"The border wall that President Trump has long dreamed of building has become a symbol of many things about his presidency: his megalomania; his demagoguery about desperate migrants; his contempt for empirical, reality-based governing; his prioritizing of the base’s prejudices and fantasies above all else," Sargent writes.

"Soon enough, Trump’s wall might become an overarching symbol of his presidency’s seemingly bottomless corruption, too."

He's referring to a report by Nick Miroff and Josh Dawsey of The Post that revealed the extreme corruption behind Trump's promises to build a wall.

"Trump has privately instructed aides to skirt laws and regulations to get the wall built faster — and told them he will pardon them if necessary," Sargent notes. "A White House official claims Trump is joking when he offers pardons, but this obviously doesn’t make it acceptable. In fact, it stands as confirmation that Trump actually has said this — leaving his underlings in the position of interpreting it as a real directive and offer. This demands further scrutiny."

In addition, he continues to lie about the wall to his base.

"Trump has not delivered on the wall," Sargent notes. "Sixty miles of replacement barriers have been built during the Trump presidency — all in areas where infrastructure previously existed. This explains Trump’s anguish about getting more done faster."

But the biggest revelations are the following:

Trump has recently urged the Army Corps to award a contract to a company he favors, North Dakota-based Fisher Industries, though the firm has not been selected. Fisher has been aggressively pushed by Trump ally Sen. Kevin Cramer (R-N.D.), who briefly held up the confirmation of a Trump budget office nominee last month in an attempt to put pressure on the Army Corps.

"In other words, Trump is pressuring a government agency to give a contract for his wall to a company whose chief executive is a donor to one of his top GOP allies in Congress," Sargent explains.