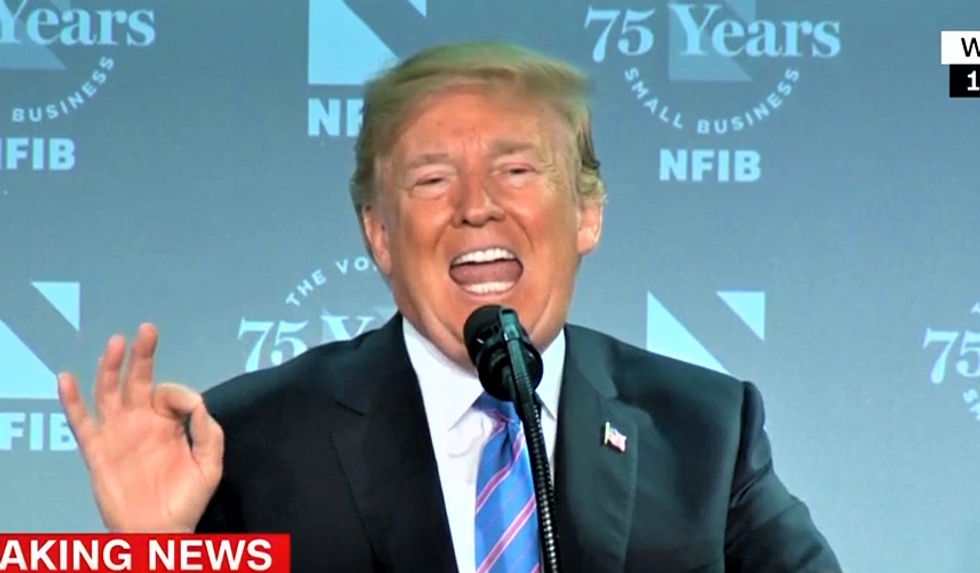 President Donald Trump was busy defending his trade war with China on Friday and he lashed out at businesses who say they're getting hurt by the ever-escalating tariffs between the two countries.

In a mid-morning tweet, the president argued that the real problem wasn't his trade war but the lack of interest rate cuts from the Federal Reserve. He then turned his ire toward businesses who have argued against raising additional tariffs with China and said they have no one but themselves to blame.

"Badly run and weak companies are smartly blaming these small Tariffs instead of themselves for bad management... and who can really blame them for doing that?" the president wrote. "Excuses!"

Earlier this week, more than 200 footwear companies sent the president a letter urging him to not go through with his planned tariff hikes in retaliation against China.

"Although tariffs on some products from China will be delayed until December, the majority of footwear product lines face an added 15 percent tariff on September 1st," the companies wrote in their letter to the president. "The highest tariff rates generally fall on lower value shoes and children’s shoes, driving up costs for hardworking American families."

The president has expressed significant anxiety about the state of the economy thanks to the inverted yield curve, which means that short-term U.S. treasury bonds are delivering higher rates of return than long-term bonds. While an inverted yield curve does not guarantee a recession, it has preceded each of the last seven recessions.

Instead of working to ease off his trade war with China, however, the president has instead taking to blaming the Federal Reserve for not doing more to pump money directly into the economy by aggressively cutting interest rates.