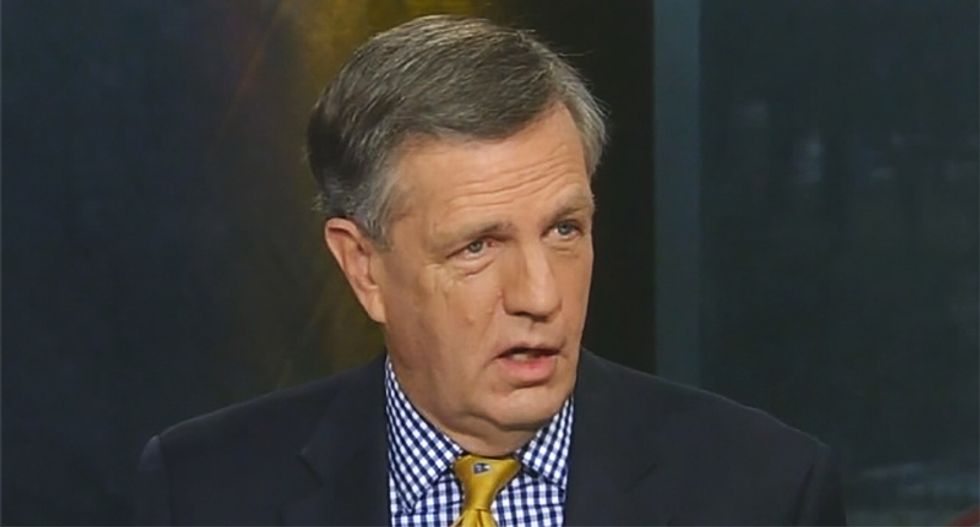 President Donald Trump on Wednesday went on an angry rant against Fox News and declared that the conservative news network "isn't working for us anymore!"

The president's tirade caught the attention of longtime Fox News personality Brit Hume, who replied on Twitter to inform Trump that "Fox News isn’t supposed to work for you."

Hume's statement was greeted with anger by Trump supporters, however, who seem to believe that the network's job is to be the president's personal propaganda organ.

"And you, Brit, aren't supposed to take things a President says and twist them out of context," another Trump fan wrote. "You are a MEDIA ELITE and you do not like the average joe to have a voice. Fox News has changed 180 degrees and betrayed the user base that made it great."

"Fox News is so desperate to get a Dem debate that they allowed Bernie, Buttigieg, Klobuchar to insult them live," wrote another Trump fan. "They allow Dems to come on and call the President a Whute (sic) Supremacist. We are all sick of the new 'gossip' driven Fox News."

"I haven't watched Fox News since they went all Never Trump after the election in 2016," opined another aggrieved Trump fan. "Best decision EVER. Love OANN."