Trump tries to reassure Florida about ‘absolute monster’ Hurricane Dorian: ‘We have the best people’ 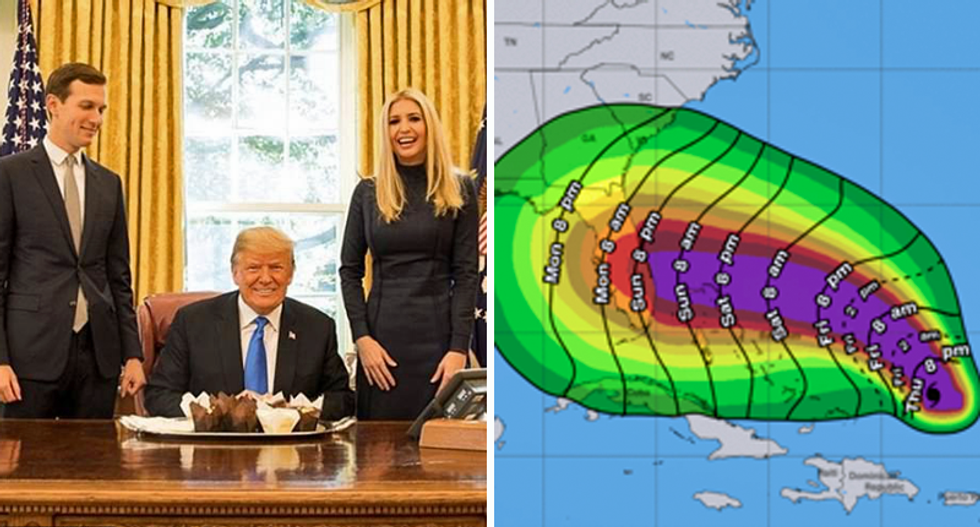 President Donald Trump on Thursday released a video attempting to reassure America that the federal government was ready to respond to Hurricane Dorian, which is expected to strike Florida.

"Hello, this is President Trump and I'm standing in the Rose Garden of the White House, right in front of the Oval Office," Trump said, to introduce himself. "And we're all working very, very hard on Hurricane Dorian."

Trump has been heavily criticized for bungling the response to Hurricane Maria, which resulted in approximately 2,975 Americans dying in Puerto Rico.

"It's been interesting because it looked like it would be a small storm, but we all got lucky, it missed Puerto Rico, it hit the Virgin Islands, but not as bad as it could have," he said. "But it really began to form and form big and now it's looking like it could be an absolute monster."

"We're ready, we have the best people in the world ready and they're going to help you," he argued.

"It does seem almost certain that it's hitting dead-center and that's not good," Trump explained. "So just be aware, be safe and God bless you."