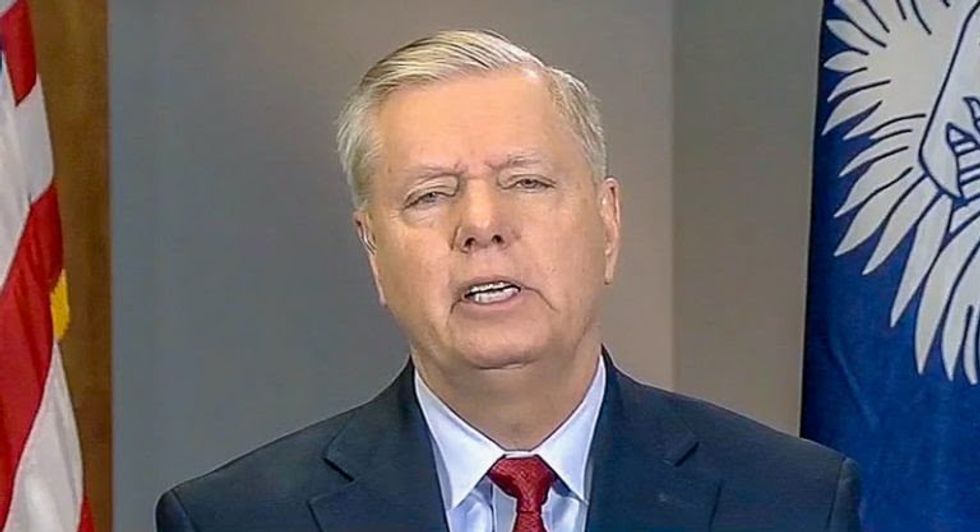 President Donald Trump famously despises the Joint Comprehensive Plan of Action, brokered by President Barack Obama with Iran and five other major countries to prevent Iran from acquiring a nuclear weapon. So he stopped following the agreement, with the result that Iran has begun nuclear enrichment again and is escalating its acts of conventional aggression.

Faced with a catastrophe of his own making, Trump has now turned to Sen. Lindsey Graham (R-SC) to help create a new agreement, reports The Daily Beast.

It's an odd choice. Graham, one of the most unapologetic war hawks in the Senate, has called Iran the "enemy of mankind" and repeatedly suggested that the United States should commit acts of war against Iran, and, like Trump, has been eminently disdainful of conducting diplomacy of any sort with the nation.

Graham has said that he wants the United States to pressure Iran into signing a so-called "123 agreement," which sets strict nonproliferation standards. "Make them say 'no.' I think the Iranians will say no. And I think that will force the Europeans' hands," Graham told The Daily Beast.

Sen. Rand Paul (R-KY), who has a more noninterventionist leaning, has also been lobbying Trump to let him personally act as a diplomatic emissary to Iran.