Trump wants to buy Greenland — and has tasked White House counsel with figuring out how: report 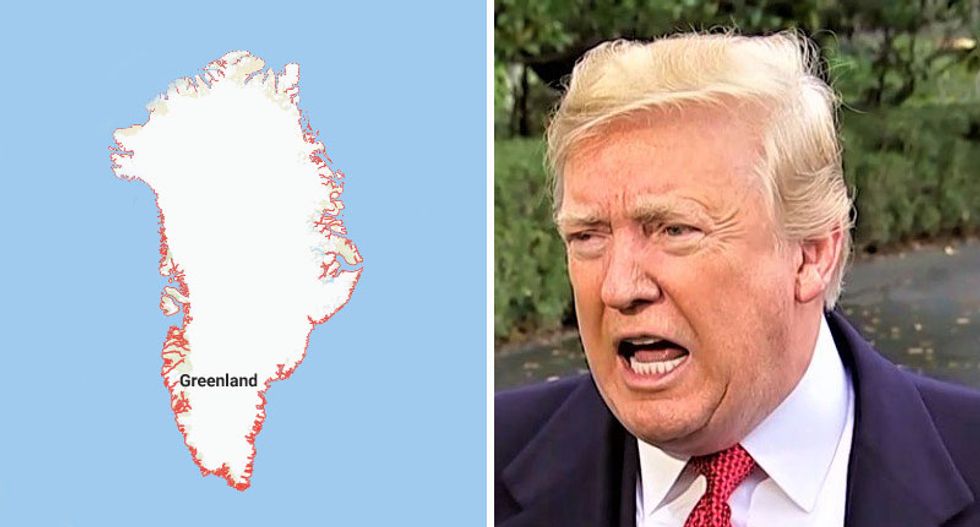 On Thursday, the Wall Street Journal reported that President Donald Trump has asked his advisers whether it would be possible for the United States to buy the island of Greenland, and has asked White House Counsel Pat Cipollone if there's any legal way to do so.

His advisers reportedly are split on the idea, with some of them thinking that acquiring Greenland and its resources would be a brilliant idea, while others have said that there is no way it would be able to happen.

Greenland is an autonomous territory of the Kingdom of Denmark, whose population of 56,000 people broadly have freedom to govern themselves independently, except on foreign policy and national security. America already has access to Greenland as part of a defense treaty with Denmark, and the U.S. military operates a missile detection base there above the Arctic Circle.

The State Department did not respond to requests for comment.