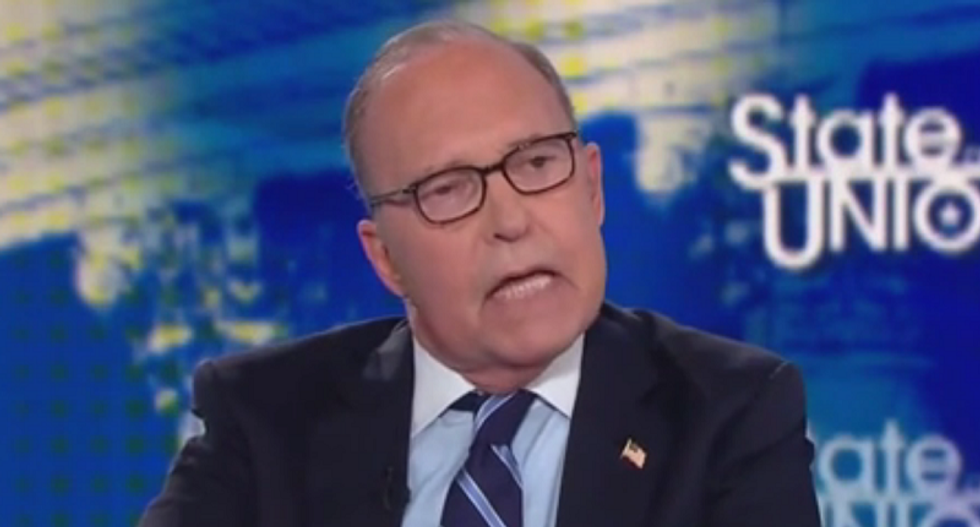 Kudlow's remarks came as markets attempted a recovery from Monday's deep sell-off, prompted by a sudden escalation in the US-China trade since last week.

"The president was not happy with the progress" of talks in Beijing earlier this month, Kudlow told CNBC. "The president is defending the American economy" against "a lot of unfair trading practices."

Trump on Thursday announced new tariffs on another $300 billion in Chinese imports and on Monday responded to a drop in value of the yuan by formally branding Beijing a currency manipulator. Beijing on Monday also said it was cutting off imports of US agricultural goods.

Kudlow said Trump "would like to continue negotiations, he would like to make a deal, it has to be the right deal for the United States."

After face-to-face meetings in Shanghai last week, US and Chinese officials are due to meet in Washington next month.

However, the deepening acrimony has convinced investors the chances of a near-term resolution to the battle are increasingly slim -- adding to worries the trade fight is exacerbating a global economic slowdown.

Since last year, the United States and China have exchanged punitive tariffs on more than $360 billion in two-way merchandise trade.

Should they take effect, the punitive import duties Trump announced last week would mean all goods trade between the world's top two economies is subject to tariffs in the year-long trade war.