Trump warned against blocking acting DNI head: 'He doesn’t get to work around the Constitution' 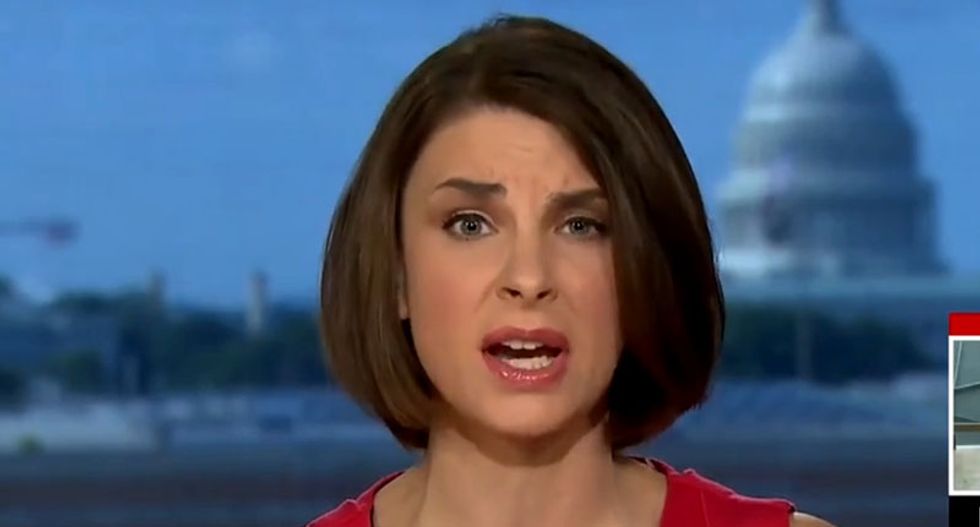 With Rep. John Ratcliffe (R-TX) out as President Donald Trump's nominee to be Director of National Intelligence, Sue Gordon, the second in command at the office, would take over from exiting Dan Coats as the acting director.

But although Trump said he may name her to that position, the Wall Street Journal reported that there is an aggressive campaign by allies of the president to prevent her from ascending to that role, citing her professional relationship with former CIA Director John Brennan, who is a harsh Trump critic.

However, as CNN legal expert Susan Hennessey noted on Twitter, the law may give Trump no choice in the matter — and if he attempts to block Gordon from heading the department, it would be an end run around the Constitution:

Trump has previously played fast and loose with the line of succession at key agencies to avoid having to have his nominees confirmed by the Senate. At the U.S. Citizenship and Immigration Services Office, he even created a brand new position for one of his allies so that he could slot him into an acting leadership role.