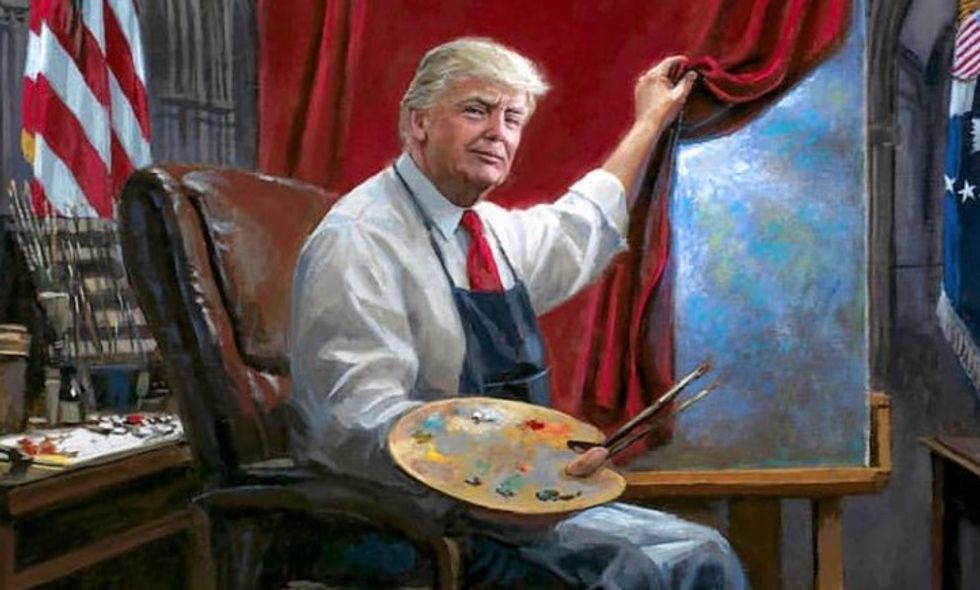 Jon McNaughton, the Trump-loving artist whose worshipful portraits of the president have drawn comparisons to North Korean propaganda, has unveiled a new painting that many Twitter users find deeply disturbing.

The new painting, which is titled "The Masterpiece," features President Donald Trump sitting at an easel and preparing to unveil a painting of his own.

What caught many people's eyes, however, was that McNaughton placed Trump's thumb poking through his paint palette in a position that made it look like his penis was sticking out.

Given this, Twitter users quickly pounced and reacted to the painting with a mix of humor and abject horror.