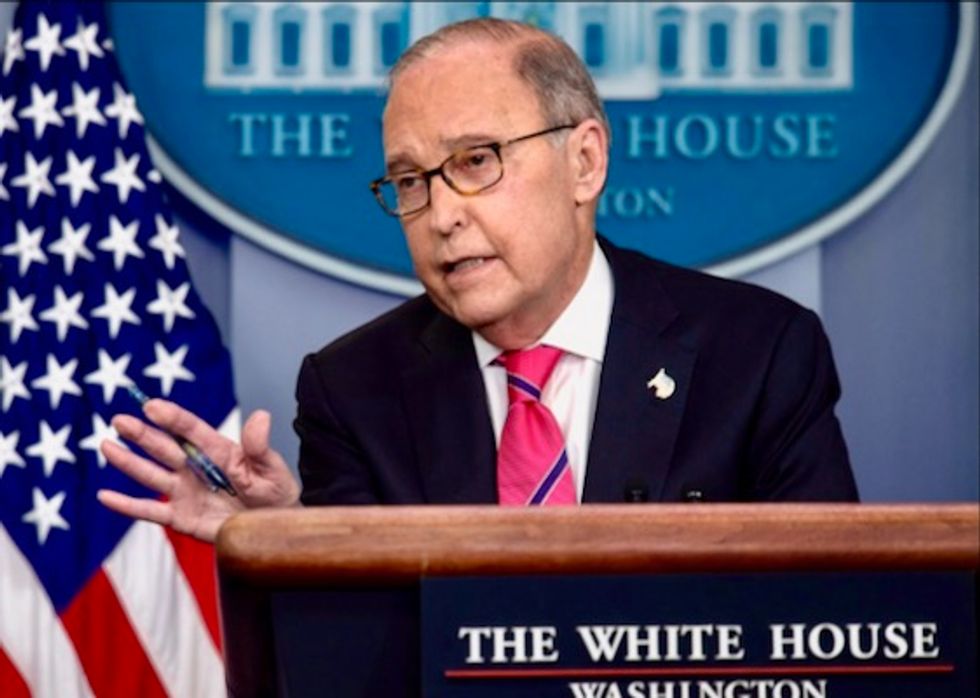 Washington Post economics columnist Catherine Rampell on Friday warned that President Donald Trump's team of economic advisers is woefully unprepared to handle a recession should one strike within the next year.

During a panel discussion of this week's economic news, which included a massive drop in the stock market after the U.S. Treasury yield curve inverted, Rampell explained why Americans should be deeply worried about the prospects of a recession under this president.

"They don't have a plan for what to do if things go wrong, and they could go wrong," she said. "We have this clown car of economic advisers... you have a guy who plays an economist on TV, you have a former Hollywood producer. This is not the dream team who will be handling a crisis if we face one."

Rampell also said that she was worried not just about how Trump would handle a crisis but how he would make it even worse by continuing to ratchet up his trade war with China.

CNN contributor Bianna Golodryga then chimed in to note that a Washington Post report published Friday claims that Trump's advisers are "sugarcoating" the economic data to make the president feel better and aren't giving him the full picture of the economic perils he faces.