Trump’s fight to count US citizens and non-citizens: 5 questions answered

Citizenship may be included in the next census questionnaire. Maria Dryfhout/shutterstock.com

The U.S. is still months away from the start of the 2020 census – but the decennial count of the country’s population is already controversial.

After the Supreme Court’s decision at the end of June, President Donald Trump conceded that the administration would no longer pursue a citizenship question on the 2020 U.S. Census.

Instead, Trump announced that he signed an executive order instructing the executive branch to share all citizenship data with the U.S. Census. He suggested that the augmented data could be used in the apportionment and redistricting processes.

I have studied and taught how the U.S. apportions seats in Congress and redraws congressional districts for two decades. These topics have been of paramount importance to democratic representation since, at least, the founding of the U.S. And both are critical for the future legitimacy of the American government after the 2020 Census. 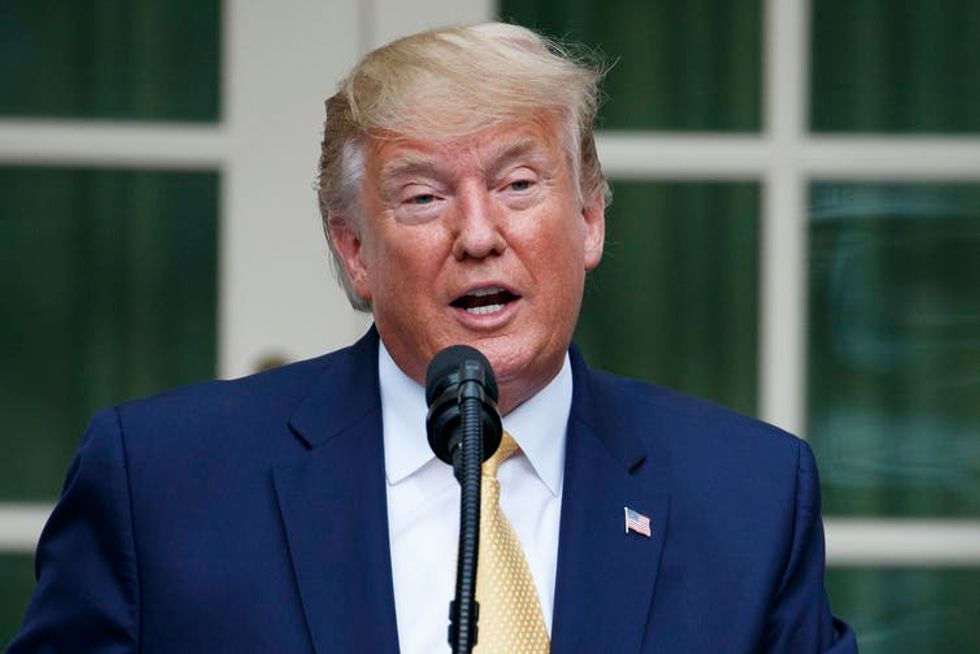 President Donald Trump speaks during an event about the census in the Rose Garden at the White House in Washington on July 11.

The U.S. Constitution calls on “the whole number of persons in each state” – also referred to as “total population” – to be counted by the U.S. Census. This number is used to determine how many congressional seats each state receives each decade.

The Census’ count currently includes everyone. It does not matter whether or not someone is a citizen, a voter, a minor or a felon.

Even though the constitutional definition seems intuitive, there have been deviations from it.

African American slaves were counted as just three-fifth of a person, pointedly not a citizen, in the total apportionment population until 1870. And only in 1940 were all Native Americans considered part of the total population.

Furthermore, overseas federal employees, service members and their families were first included in the total population in 1970, but were then not included in 1980. They have been re-included since 1990.

2. How many non-citizens are in the US?

The U.S. Census has not asked a citizenship question on its commonly used short form since the 1950 census.

Still, the American Community Survey (ACS), which is conducted by the U.S. Commerce Department every year since 2005, does include citizenship questions.

According to the ACS, the percentage of all non-citizens in the U.S. has decreased slightly from 2005 through 2017, the last year for which data is available. In 2017, non-citizens made up 6.9% of the overall population, which corresponds to about 22.6 million people.

In 2017, the state with the largest percentage of non-citizens was California (13%), followed by Texas, New Jersey, Nevada and New York. The states with the smallest percent of non-citizens are West Virginia, Montana, Mississippi, Maine and South Dakota.

3. How would apportionment change if non-citizens were excluded?

Say the estimated number of non-citizens in 2010 had been removed from the 2010 apportionment population.

In the current method to apportion to the states the 435 seats in the U.S. House, every state receives at least one seat.

According to their citizen populations, 15 states would be affected. Five states would lose members from their current congressional delegations: California would lose five seats, Texas would lose two seats, and Florida, New York and Washington would each lose one seat.

These 10 seats would be added, one seat each, to the current delegations of Indiana, Iowa, Louisiana, Michigan, Missouri, Montana, North Carolina, Ohio, Oklahoma and Pennsylvania.

Given the recent partisan history of these states, this overall transfer of seats would likely provide Republicans with more electoral opportunities.

If the U.S. House were reapportioned with the most current 2017 population and citizenship data, the changes would be a little less severe. With the non-citizens not counted, three states would lose House seats: California (four seats), Texas (two seats) and Florida (one seat).

4. How would excluding non-citizens affect Americans?

In terms of congressional apportionment, citizens and non-citizens have linked fates.

If non-citizens were removed from the total population count, the same number of citizens could be served by fewer representatives. For example, citizens in states like California, Texas and Florida could have their representational power in the U.S. House diluted from what it otherwise would be.

Furthermore, citizens and non-citizens alike use the roads, schools and the rest of the public infrastructure. But, by not including non-citizens, these same states could receive fewer federal funds, which would decrease the amount of federal funds that ultimately flow to citizens. 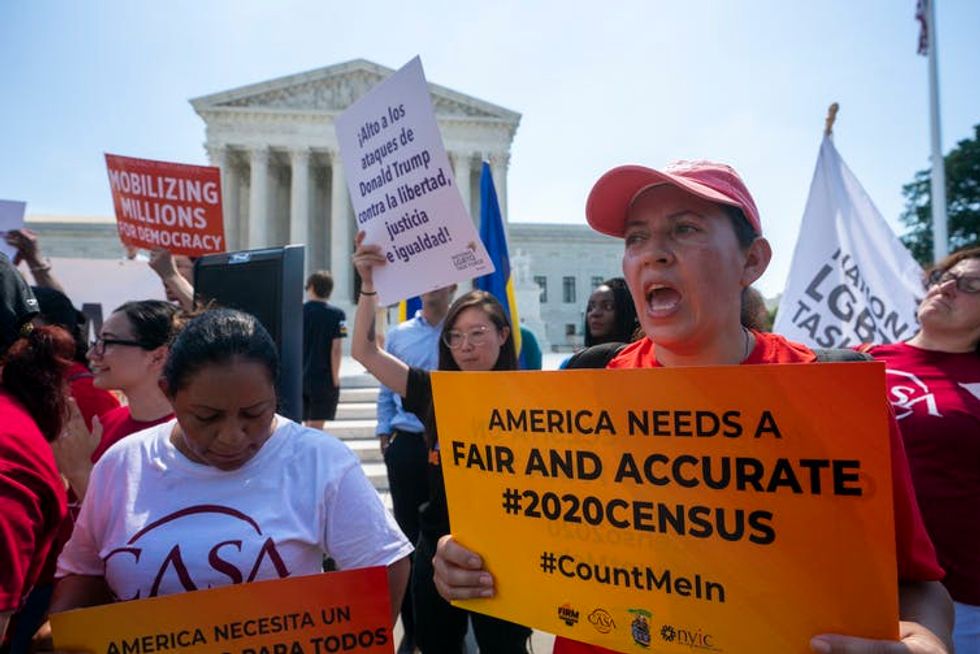 Demonstrators gathered at the Supreme Court as the justices finished the term with key decisions on gerrymandering and the 2020 census.

5. What will happen next?

Despite Trump’s executive order, it is unlikely that survey data, such as the ACS’, could be used to augment the Census data for the purposes of changing congressional apportionment. In Utah v. Evans in 2002, Republicans vehemently argued, and the Supreme Court agreed, that surveys of a portion of the U.S. population could not be used to adjust the actual enumeration by the U.S. Census.

However, if this apportionment standard were to change, there would be considerable political and financial consequences. But, it would also likely have greater affects on redistricting.

Any change in the apportionment measure of total population would certainly give the court and the states much more latitude to change the measure for the redistricting population.

Redistricting, however, is not limited by fixed state boundaries in the same way as apportionment is. Changing the population definition for redistricting – along with the newly expanded power to redistrict, which was recently provided by the Supreme Court – would produce the potential for extreme gerrymandering and could even more severely reduce citizen’s representational power.