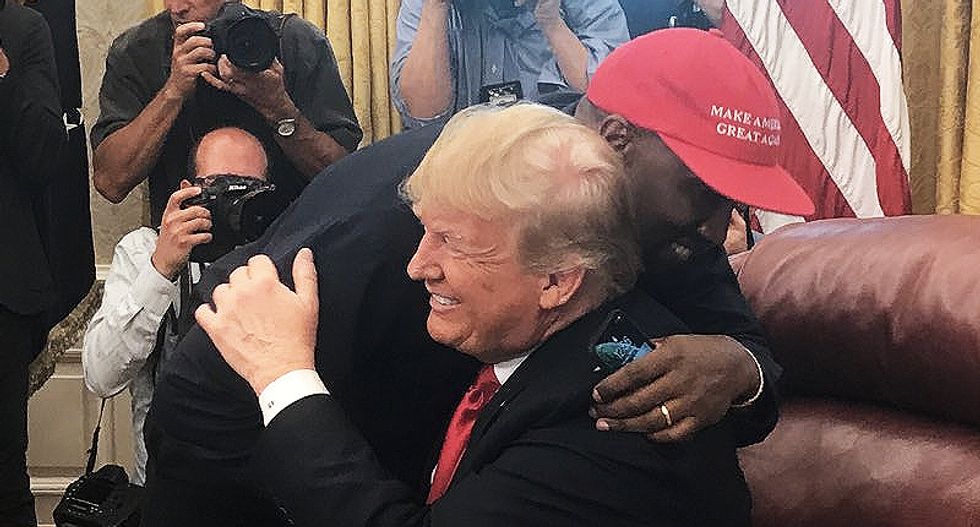 President Donald Trump has triggered a barrage of controversies over his racist behavior over the previous weeks, from telling four progressive Democratic congresswomen of color to "go back" to other countries, to saying that House Oversight Committee chairman Elijah Cummings' Baltimore district is a "disgusting, rodent and rat infested mess."

To hear it from the Trump team, however, the time is ripe for an attempt to court black voters. On Saturday, Politico reported that the president's 2020 campaign is preparing a push to highlight minority unemployment, the passage of the FIRST STEP act to reduce incarceration, and the creation of "Opportunity Zones" in low-income areas as reasons why the black community should support Trump. Presumably, the much longer list of the president's anti-civil rights policies will go unsung as part of this campaign.

Already, Trump's efforts to win over black voters, which have mistrusted Republicans for decades, have been met with skepticism.

"The idea is that, because of his agenda, his comments on Charlottesville, Baltimore or shithole countries do not matter," said former Republican National Committee Chairman Michael Steele, the first black man to serve in that role and a longtime critic of the president. "Or that you can say the most racist things in the world, but hey, I got a tax cut. Or you can disparage my homeland, but the unemployment rate is going down."

"My guess is that it is mostly a waste of time," said Harvard African American studies professor Jennifer Hochschild. "Latinos are much more potentially movable into the Republican column."

Since the first method sometimes fails to kill the condemned and the second requires drugs that are no longer available in South Carolina, some of the state's 37 death row inmates may take this new option. This means someday soon, one of them may be strapped to a chair while marksmen open fire. Oklahoma, Mississippi and Utah already allow this form of execution.

A New Jersey dad who went on a racially-charged rant at a school board meeting was later arrested last Friday, the New York Post reports.

Robert Vessechia, 55, was arrested on charges of disorderly conduct and criminal trespassing after he refused to leave the high school where the meeting was held and became "verbally abusive" with staff, police say. The incident reportedly took place on April 26.

Ireland shuts down health IT systems after 'significant ransomware attack'