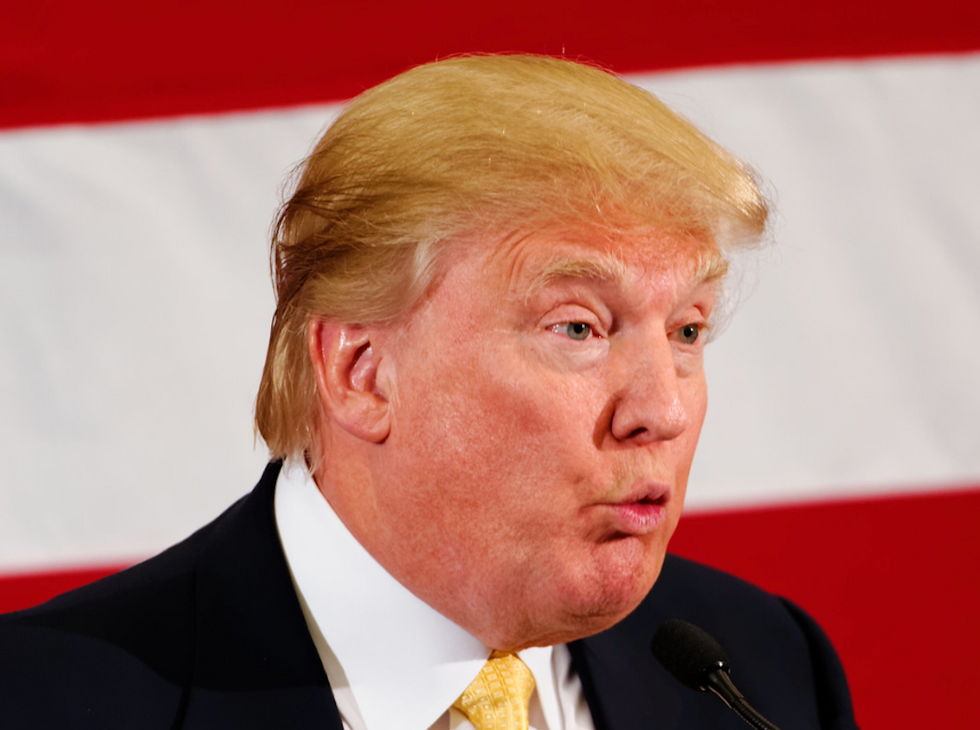 A Sharpie-scrawled note sent to Canadian Prime Minister Justin Trudeau from President Trump had the Canadian ambassador so confused, he thought it was a prank, according to a report from Axios.

In May of 2017, Trump reportedly tore out a picture of Trudeau from an issue of Bloomberg Businessweek which characterized the Canadian leader as "The Anti-Trump." On the picture, Trump wrote the words, "Looking good! Hope it's not true!" and mailed it to the Canadian embassy in Washington.

When the note was received by the Canadian ambassador, he thought it was a prank, according to sources speaking to Axios.

Before the note was mailed, some White House staffers thought it was inappropriate, but the National Security Council ultimately concluded it was "done in good fun and would be interpreted as positive outreach."

As Axios reports, later that year Trump mailed Trudeau a document that falsely claimed the U.S. had a trade deficit with Canada with a Sharpie-written note that read, "Not good!"

A few weeks later, Trudeau replied with a note of his own.

"Dear Donald," the note read, according to Axios's sources. "It's been a busy year! Enjoy the Christmas holidays — you deserve it."

"One thing," Trudeau added. "You gave a great speech in Pensacola, but you were slightly off on the balance of trade with Canada. USTR says so! All the best for 2018, Justin."

On the second page of the letter, Trudeau included a printout of Canada's section on the website of the Office of the United States Trade Representative.

Trudeau underlined the section on the USTR website, which at the time reported that "the U.S. goods and services trade surplus with Canada was $12.5 billion in 2016." Trudeau circled the $12.5 billion and drew a cheeky little smiley face next to it, according to a source with direct knowledge.

"I spoke to many service members, and we all agreed that we didn't want to be there, but we had no other choice," the Army veteran wrote at the time. "They don't get it that they work for us. And I mean that in a respectful way. My Oath of Enlistment has the phrase 'both foreign and domestic. We didn't think it would actually be domestic."