Trump's rhetoric is calculated to push us into a terrified 'survival state': 'Art of the Deal' co-author 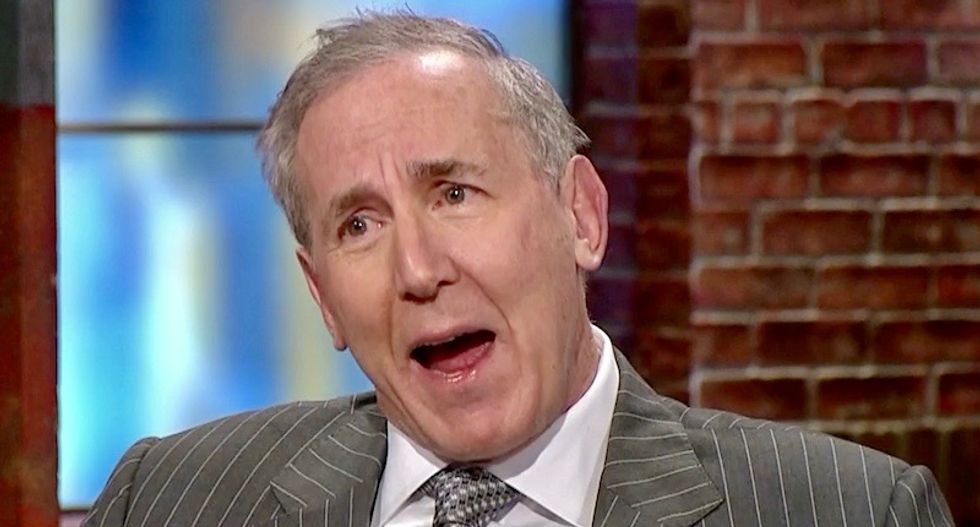 On Thursday, President Donald Trump's Art of the Deal co-author Tony Schwartz told MSNBC's Ari Melber that he believes Trump makes people afraid on purpose — because it's a strategy that has worked to his advantage in his professional life.

"Do you think it’s deliberate when he triggers other people’s fear?" asked Melber.

"It’s 100 percent deliberate," said Schwartz. "He himself grew up in trauma, which is why he inflicts it on us. I think it’s purposeful and I think he realizes it works. And when you don’t have a conscience — I keep coming back to that — when you don’t have a conscience, it’s really easy to play to people’s fears because you don’t walk away with a sense of shame or guilt. Neither of those ever arise inside him."

"So, thinking about the way we live and that we are living in a time where Trump has all this influence, what about in people’s normal lives when you have choices, say between fear, I’m worried what’s going to happen, and something positive that requires living through some fear of vulnerability, like oh, love or relationships?" Melber asked.

"There’s something psychologists call a negativity bias," said Schwartz. "We are inclined to notice the things that are wrong long before we notice what’s right. That’s how we keep ourselves safe, and it’s an instinctive reaction. So I think that what Trump does is he pushes us into that survival state, that nervous system activation, and what happens in that state is your vision narrows, your prefrontal cortex begins to shut down, you become reactive rather than reflective, and are you vigilant, you looking around for where the danger is. What you lose is the capacity for reflectiveness for thoughtfulness, for rationality, and that is pervasive."

"By the way, I do want to say it’s not just true for people who oppose Trump," added Schwartz. "It’s very much true for the aggrieved people, the people who share his sense of being aggrieved. They, too, are full of fear, and their own draw to Trump is a reflection of that. They’re hoping that this guy can somehow mute their fear. But in fact, if you ask them, they would tell you that they’re among the most fearful people around."