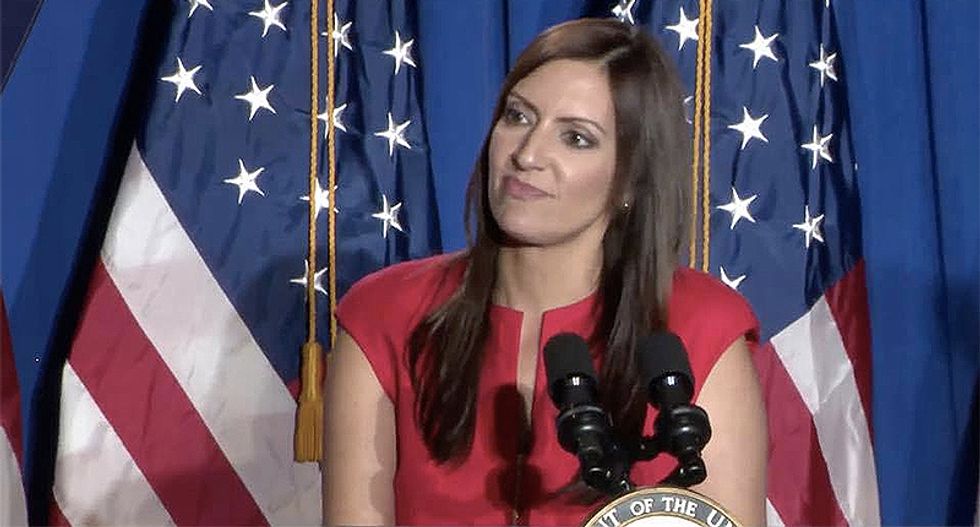 Florida's first-ever Latina lieutenant governor has joined the Latinos for Trump effort in the president's super PAC, but the effort involves strange bedfellows.

According to The Tampa Bay Times, Lt. Gov. Jeanette Nuñez once attacked Trump for being a "con man" during the 2016 presidential campaign.

Despite going on a full attack against Latinos, both legal and undocumented immigrants, it's hard to see how the president thinks he will be able to capture such voters of color.

Meanwhile, a newly released poll by UnidosUS reveals that the president has lost ground with Latino voters. Only 13 percent say they "definitely" will vote for Trump in the 2020 election. Other numbers are just as dire, showing that including people who said that would "probably" vote for Trump in 2020, he's still hovering around 21 percent.

“As the first Latina to serve as lieutenant governor in the state of Florida, Jeanette Nuñez is a proven leader and a strong voice for the Latino community,” said Hannah Castillo, the coalition director for Trump Victory.

Nuñez is one leader who has attacked anyone blaming political rhetoric as a reason for the uptick in white supremacy that has led to several violent incidents over the course of the past year.

“I’m so tired of all the nonsense about who’s to blame for this shooting or that shooting,” Nuñez said in her first interview about the Trump campaign. “The thought of blaming a politician — albeit President Trump or [Democratic presidential candidates] Bernie Sanders or Elizabeth Warren or anyone else for that matter — for the act of a deranged madman is a disservice. It’s a disservice not only to the victims but also the first responders who put their lives on the line.”

Nuñez was a huge help to Republicans in 2018, specifically when it came to Spanish-language media. Gov. Ron DeSantis won 44 percent from Latino voters.

Read the full report at The Tampa Bay Times.