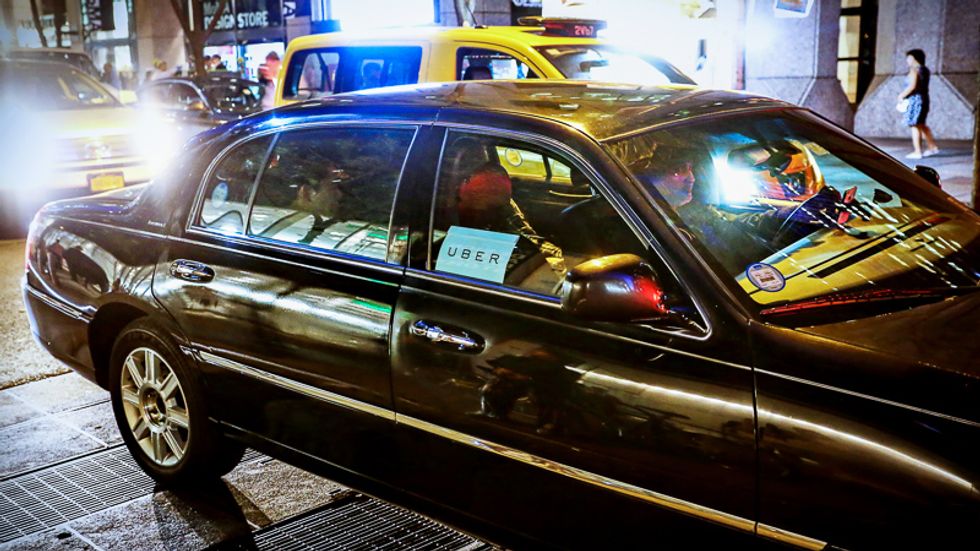 Uber car service on the streets of New York at Night. With selective focus on Uber logo. (Shutterstock.com)

On Thursday, Bloomberg News reported that ride-sharing giants Uber and Lyft are prepared to spend $60 million in support of a potential California ballot question in 2020 that would prevent their workers from being classified as employees.

The push comes as the California legislature advances AB 5, which would require any workers who perform functions that aren't outside the course of their employer's business to be classified as an employee — codifying a decision last year by the California Supreme Court.

Uber and Lyft have kept their margins low by classifying their workers as self-employed contractors who just happen to use their app as a social network to find passengers. This means that they are not covered by a number of protections that employees receive, like the right to unionize or to receive overtime pay.

The two ride-sharing corporations have frequently used their financial muscle to force states and cities to adopt or not adopt laws favorable to them. In 2017, they aggressively backed a local proposition in Austin, Texas, to defeat a new ordinance requiring FBI background checks and traffic restrictions on ride-sharing drivers. After the proposition was defeated, they suspended business in the city entirely until the Texas legislature passed a law preempting Austin's ordinance.

This massive expenditure to protect favorable anti-worker policies is not entirely unexpected — there is reason to believe that the ride-sharing companies are in fact massively unprofitable even with worker costs kept to the bare minimum, so a defeat on this issue could well threaten the viability of their business altogether.