US moves to seize Iranian tanker detained off Gibraltar 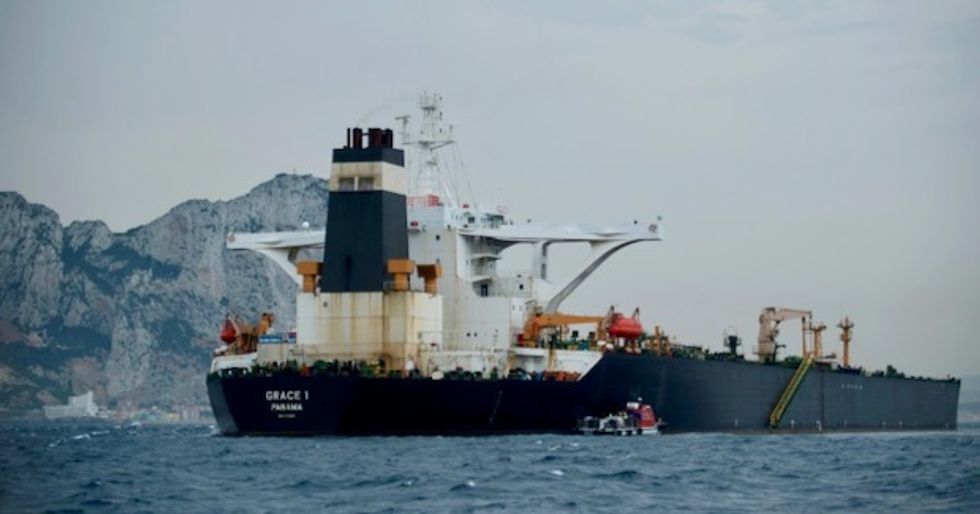 A court in the British overseas territory of Gibraltar is to decide on Thursday on the fate of supertanker Grace 1, seized with the help of British Royal Marines on July 4 in an operation that ratcheted up tensions with Iran AFP/File / JORGE GUERRERO

The US on Thursday applied for the seizure of an Iranian oil tanker detained near the British overseas territory of Gibraltar, now the centre of a stand-off between Tehran and London, the public prosecutor said.

"The US Department of Justice has applied to seize the Grace 1 on a number of allegations which are now being considered," the Gibraltar government said in a statement. "The matter will return to the Supreme Court of Gibraltar," the statement added.

The tanker, which is suspected of violating EU sanctions on oil shipments to Syria, was seized on July 4 in a British Royal Navy operation off Gibraltar. Its seizure deepened international tensions in the Persian Gulf.

The Gibraltar government says it is seeking to "de-escalate" the situation over the Grace 1.

US moves ahead of tanker release

As tensions with between London and Tehran mounted, Iran's Revolutionary Guards seized the British-flagged Stena Impero in the Gulf on July 19.

On Thursday just hours before Gibraltar was due to release the Grace 1 vessel, the US Department of Justice made a move to seize it.

The Gibraltar court's chief justice, Anthony Dudley, made clear that were it not for this move on behalf of the United States, "the ship would have sailed," as reported in the Gibraltar Chronicle.