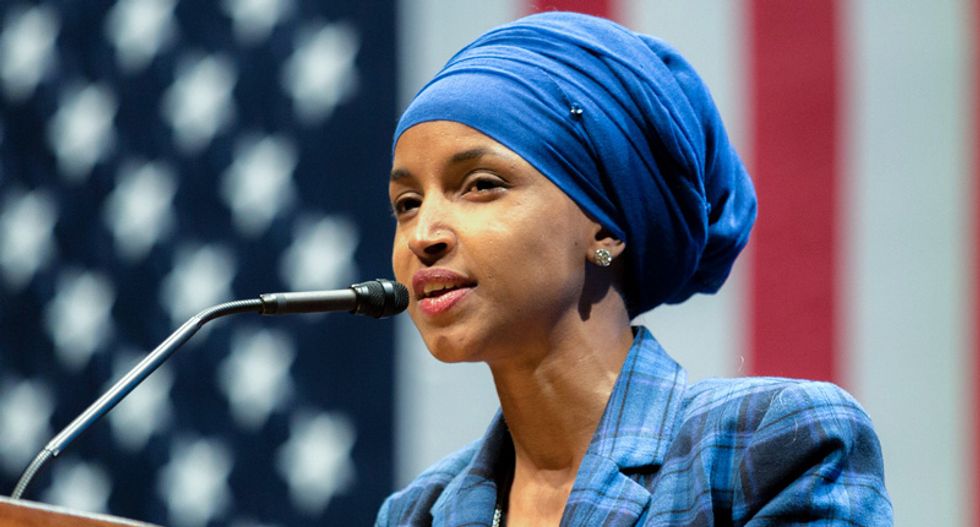 House Democrat Ilhan Omar called Israel's decision Thursday to ban her from visiting the country "chilling," saying it was an "insult to democratic values" to deny entry to sitting members of the US Congress.

"It is an affront that Israeli Prime Minister (Benjamin) Netanyahu, under pressure from President (Donald) Trump, would deny entry to representatives of the US government," Omar, who is Muslim, said in a sharply worded statement.

"The irony of the 'only democracy' in the Middle East making such a decision is that it is both an insult to democratic values and a chilling response to a visit by government officials from an allied nation."

The Somali refugee, elected to Congress from Minnesota last year, was denied entry to Israel along with fellow first-term Democrat Rashida Tlaib.

Israeli officials said the pair -- the first Muslim women to serve in Congress -- were barred because they support a boycott of the country over its treatment of the Palestinians.

Omar highlighted her congressionally mandated role of overseeing how US foreign aid is spent abroad, including the roughly $3 billion that Washington provides Israel annually.

"As a member of the House Committee on Foreign Affairs, it is my job to conduct oversight of foreign aid from the United States of America and to legislate on human rights practices around the world," Omar said.

Netanyahu "has consistently resisted peace efforts, restricted the freedom of movement of Palestinians, limited public knowledge of the brutal realities of the occupation and aligned himself with Islamophobes like Donald Trump," she said.

Both Omar, 37, and Tlaib, 43, have been critical of Israel's occupation of the West Bank and treatment of Palestinians.

They have also faced accusations of anti-Semitism, which they firmly deny.

Fellow Democrats vehemently criticized Israel's ban. Many said that while they break with the two lawmakers on their anti-Israel positions, they fully oppose efforts to block sitting members of Congress from visiting an international ally.