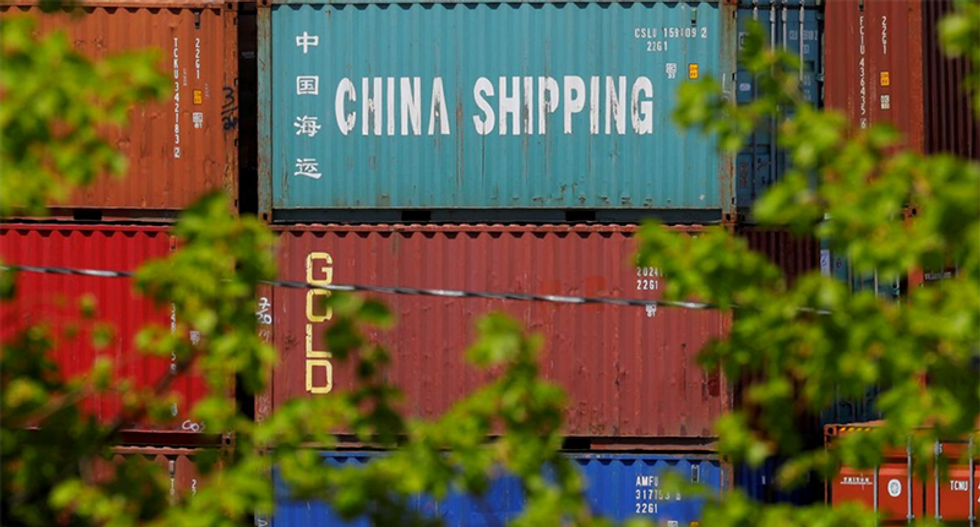 The latest lurches in President Donald Trump's trade war with China set the stage for a potential repeat of late 2018 when goods flooded into America's ports to beat new tariffs.

US importers, retailers and shippers are bracing for a new round of punitive duties on Chinese goods set to hit in two steps, September 1 and December 15, likely to drive a rush to get products before the holiday shopping season as they did last year.

The surge in late 2018 helped major US ports notch all-time cargo records. But the rush also raised costs as importers raced to get their items in under the wire, only to be forced to let them sit for exceptionally long periods on ships or in warehouses, where tight capacity meant premium rates.

"Folks didn't need the goods that were coming in. It was simply a financial play to avoid the higher taxation," said Gene Seroka, executive director of the Port of Los Angeles.

Now the ports on the frontline of the grinding US-China trade war, are feeling some deja vu, with Trump's latest tariff announcement tailor-made to produce another year-end holiday rush.

But some experts think the import surge could be more modest this time around.

Trump announced on August 1 his plan to impose 10 percent tariffs on $300 billion in Chinese goods on September 1 -- targeting all products not hit by earlier tariff rounds.

But after an outcry from retailers over the impact on consumers, Trump last week relented and delayed tariffs on more than half the list, sparing toys, cell phones, laptops and other items until December 15.

Shippers are asking themselves "Can the factories produce quickly enough, can we advance orders?" Seroka told AFP. "It's a similar conversation to the ones we had last year."

AFP/File / Mark RALSTONThe Port of Long Beach, California is not convinced it will see a big surge from China like last year since trade has been depressed

Joe Shamie, owner of Delta Enterprises, a New York retailer specializing in cribs, baby gear and children's furniture plans to accelerate orders again this year, although he describes the benefits as marginal.

The December 15 tariffs include infant walkers, highchairs and bouncers -- all items sold by Delta.

In 2018, Delta ordered more than 10,000 cribs to beat 25 percent tariffs that were expected to take effect January 1, 2019, but were not imposed until May. Delta increased prices to offset the hit, Shamie said.

Los Angeles is among the ports that scored record volumes in 2018 and has continued to report impressive numbers in 2019, offsetting declining trade with China with increased volumes with Vietnam, Thailand and other Asian countries, Seroka said.

Situated on the West Coast, Los Angeles and the neighboring Port of Long Beach comprise the San Pedro Bay Port Complex that have relied on China for the vast majority of its trade by value.

Ports in the Northeast, Southeast and Gulf Coast benefited to a lesser extent from frontloading, experts said.

Jonathan Gold, a vice president of supply chain and customs policy at the National Retail Federation, said importers are still poring over tariff lists released only last week to decide their next steps.

"Retailers are still trying to figure out their strategy," he said.

But they are mostly out of luck when it comes to the goods on the September 1 list because some were already in transit when Trump announced the tariffs.

"It's very difficult to go back and negotiate with your vendors when product is already on the water," Gold said.

Limited warehouse capacity at US ports nationwide provides another challenge, while new international low-sulfur fuel standards going into effect on January 1, likely will take some vessels out of service late in the year for upgrades, said Walter Kemmsies, a managing director at Jones Lang LaSalle, a commercial real estate firm.

Still, Kemmsies expects another surge, saying "I think it's going to be every slot filled."

A strong US consumer ensures strong demand for product, but depressed trade with China due to earlier tariff rounds of 25 percent tariffs could soften the impact on ports. Recession fears in the US also could dampen demand.

"I think we'll see a slight bump," he said, adding in an email that "it's really hard to tell what's real when policies are announced via Twitter."