US Rep. Kenny Marchant will not seek reelection -- marking the fourth recent GOP retirement in Texas 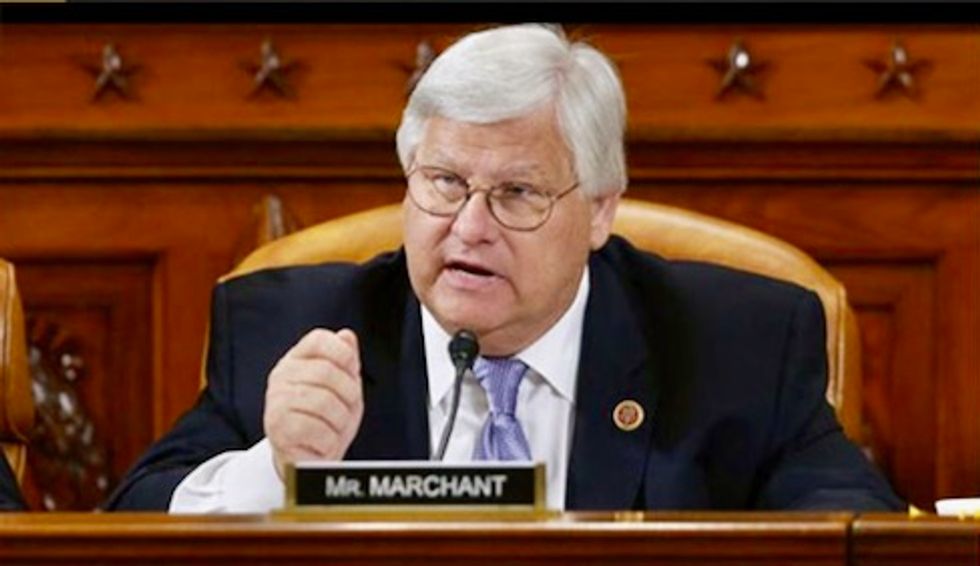 U.S. Rep. Kenny Marchant has served in Congress since 2005. Image via U.S House of Representatives

He is the fourth member of the Texas delegation to announce his retirement in recent days. Marchant's decision was first reported by The New York Times.

Marchant, who was elected to Congress in 2004, is a founding member of the House Tea Party Caucus. He represents Texas’ 24th Congressional District, which spans the northern suburbs of Fort Worth and Dallas. The district has historically been reliably red, but Marchant’s margins of victory have grown thinner in recent elections. In 2016, he won by a comfortable two-digit margin. Last year, Marchant squeaked by with a 3 point win over Democrat Jan McDowell.

Before entering national office in 2005, Marchant led a successful small business and homebuilding career. He launched a career in local politics in 1980, serving as a Carrollton City Council member and Carrollton mayor before going on to 18 years in the Texas House.

In Washington, Marchant is known for quiet work. In his decade and a half on Capitol Hill, Marchant has climbed the ladder of influence on the Ways and Means Committee, where he was nearing subcommittee chairmanship, in addition to serving on the Ethics Committee.

The senior representative joins an exodus of Texas Republicans, including U.S. Rep. Pete Olson, U.S. Rep. Mike Conaway, and U.S. Rep. Will Hurd. In several cases, members have stepped down ahead of facing toss-up races for seats they could once hold without much effort.