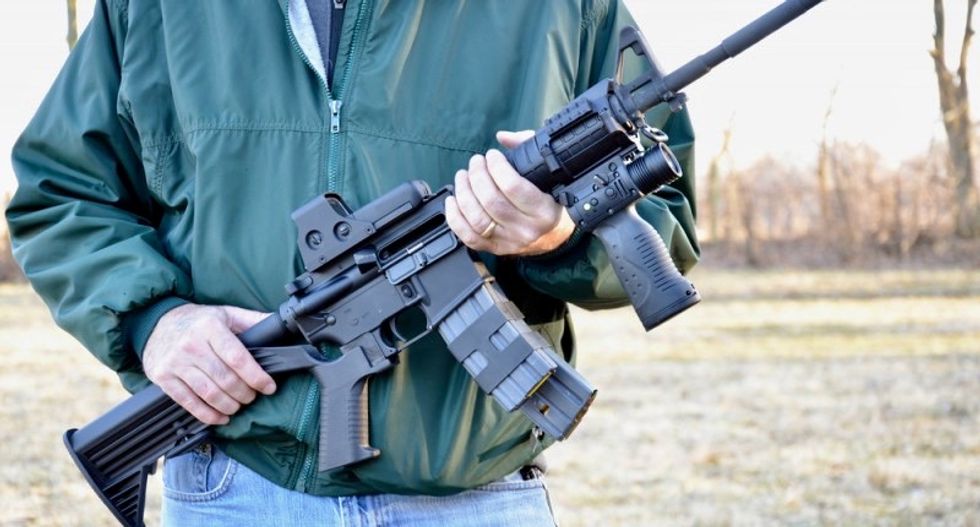 Retail giant Walmart has called on Congress to consider an assault weapons ban.

According to Business Insider, the company said in a release that Walmart might sell guns and bullets, but they don't sell assault weapons and they want Congress to take action.

"We do not sell military-style rifles, and we believe the reauthorization of the Assault Weapons ban should be debated to determine its effectiveness in keeping weapons made for war out of the hands of mass murderers," Walmart CEO Doug McMillon said in prepared remarks on Thursday. "We must also do more to understand the root causes that lead to this type of violent behavior."

"We made our own decision about MSRs [modern sporting rifles] several years ago when we removed that category from our stores, and we believe it's time for Congress to debate that issue as well," said executive vice president of corporate affairs, Dan Bartlett. "And we will lend our perspective and support as somebody who's been a firearms dealer for more than 20 years."

After two mass shootings over the course of 24 hours, Walmart said that it was removing displays for violent video games but would keep selling guns and ammunition in the store.

Read the full report at BI.