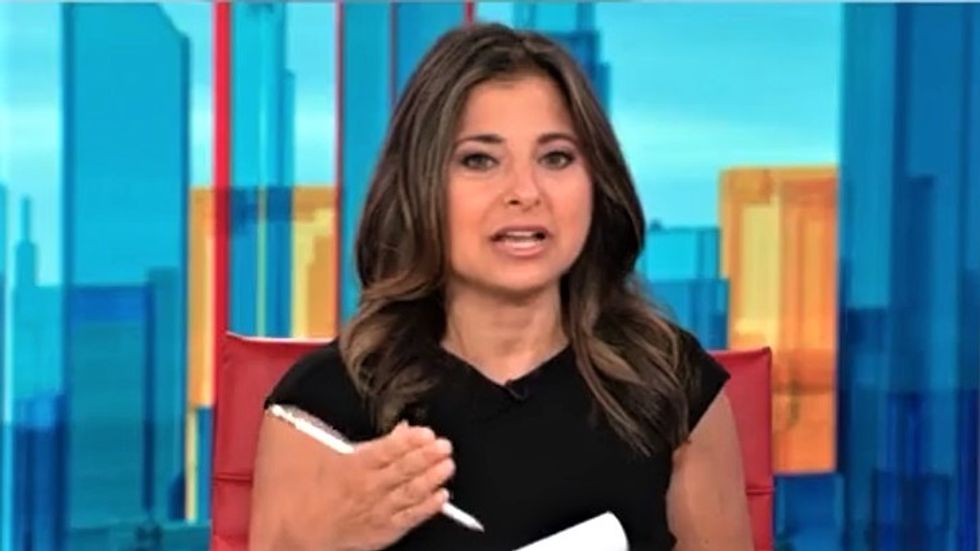 CNN Money reporter Cristina Alesci on Wednesday said there were many reasons for Americans to worry about a coming recession -- and not just the inverted Treasury bond yield curve that has sent stock markets plunging.

During an interview with CNN's Poppy Harlow, Alesci broke down what it means when the yield curve inverts and why it is not the only signal that a recession could be on its way.

"Usually when you have an inverted yield curve that is proceeded by a recession," she explained. "We are in an abnormal environment, so no one really knows where we're going to go from here. But here's the thing: Warning signs of a recession are flashing everywhere. Investors were really optimistic and perhaps saw the delay in tariffs as a sign Trump wanted to get a deal done with China before the election. This morning, I called it: They're waking up and realizing maybe not, maybe he's going to drag this through the election."

Financial Times editor Rana Foroohar then chimed in to say that it may still take investors a while to fully realize that there won't be a trade deal done with China within the next year at least.

"You're going to see the president, particularly in the runup to 2020, trying to smooth things over, keep the market up," she said. "I think the market is not buying this anymore. I think we're seeing a lot of jitters and it's going to be a downward trend."