WATCH: Former Gov. Granholm schools Trump supporter on the reality of the economy 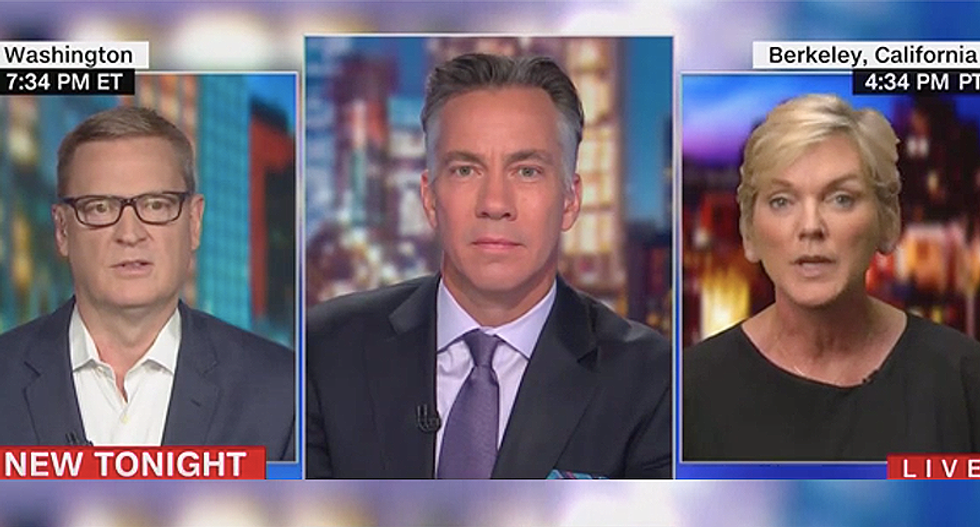 During a Wednesday debate between former Gov. Jennifer Granholm and conservative Mike Shields debated whether or not President Donald Trump's supporters believe the economy is working for them.

Shields began by making the argument that Trump is able to surpass the media to get to his supporters to spread his propaganda. But Granholm said it clearly isn't working.

"Except, Mike, I think his supporters don’t believe it’s working for them," the former Michigan governor said of Trump's economy. "That’s why they see the numbers. Even the Fox News poll from a week ago that showed that only 22 percent of Americans believe they are getting ahead in this economy. The tariffs are having an impact. And you’re seeing it throughout the economy. Not just in the [agriculture] sector but in the auto sector as well. You're seeing a manufacturing recession starting. Manufacturing GDP dropping 1.5 points since December. It’s not lovely and rosey as you suggest."

Shields tried to make the case that tariffs aren't a huge percentage of the American economy but substitute host Jim Sciutto said that cherry-picking statistics doesn't give a full picture of the economy. Displeasure with the GOP on the economy began in April when Americans learned that Trump's tax cut didn't actually deliver what they thought Trump promised them.

Shields tried to blame the media, saying that outlets write eight paragraphs questioning the economy and one toward the end where it isn't. Shields quoted HBO host Bill Maher who said that he hopes there is a recession so that Trump loses. He said that other liberals clearly are trying to cause a recession with negative talk about it.

"You can’t deny the fact that half of the Americans don’t own stocks they don’t benefit from the stock market even when it does do well," said Granholm. "Half of America is not able to invest in having a retirement system. Only 13 percent of Americans have a pension. People are feeling insecure. Yes, the employment numbers look good because the unemployment number is down. But if people have to have two or three jobs or working minimum wage look at the cover of TIME magazine this week. Bottom line it’s not working for everyone and that’s why you see it in the polls that’s why he is freaking out."