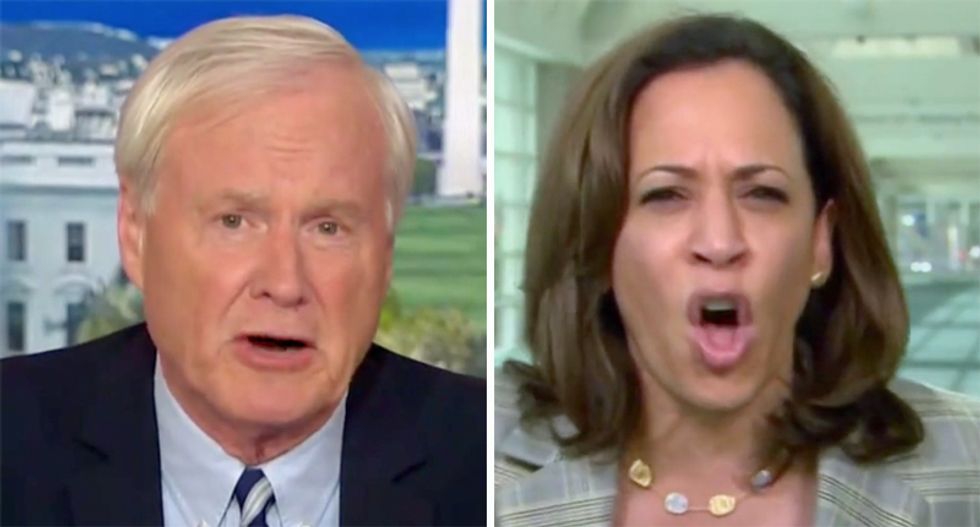 California senator and 2020 White House hopeful Kamala Harris shut down an MSNBC host after he questioned her as to whether Democrats should take on the National Rifle Association following the weekend's bloodshed.

Harris urged Capitol Hill to, "reject the false choice which suggests you’re either in favor of the Second Amendment or you want to take everyone’s guns away. Like, just act. This is not about saying we’re going to take everyone’s guns away. We’re saying we need reasonable gun safety laws, including universal background checks, and to your point, Chris, a renewal of the assault weapons ban. It’s just the right thing to do."

"What do you say to your colleagues who face political elimination at the hands of the NRA, is it a hill to die for?" Matthews asked. "How do you tell them that?"

"Chris, people are dying every day in America," Harris replied.

"Now I’m going to get into a good strong shouting match with you," she warned.