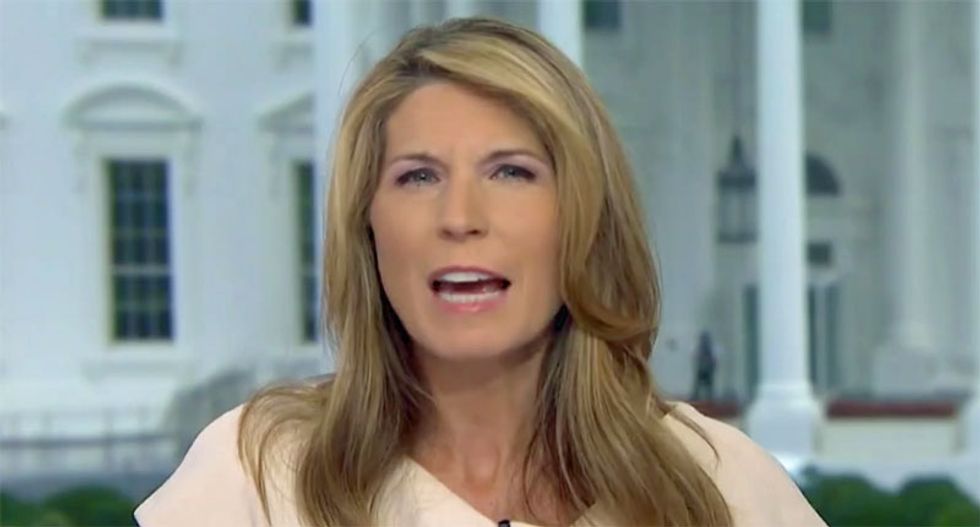 The host played a clip of a recent NPR interview on the subject with Acting US Citizenship and Immigration Services Director Ken Cuccinelli.

"Would you also agree the Emma Lazarus' words etched on the Statue of Liberty, 'give me your tired, your poor,' are also part of the American ethos?" NPR asked.

"They certainly are. Give me your tired and your poor who can stand on your own two feet. And who will not become a public charge," Cuccinelli replied.

"That’s not what it says," Wallace noted.

"That famous saying on the Statue of Liberty -- a shining a welcome message to all those seeking a better life in America -- getting an update from Acting US Citizenship and Immigration Services Director Ken Cuccinelli, in the wake of a new Trump administration rule targeting immigrants who have come here legally, which says those applying for a green card for US citizenship will be penalized if they used public assistance programs like food stamps," she explained.

"Meaning those being let into the country will be, wait for it, wealthier and whiter," she added.

"I worry Donald Trump has moved the goalposts around unacceptable language so much, someone like Ken Cuccinelli -- who at one time was welcome in polite Republican circles -- can stand up and tout an extremely racist elitist policy," Wallace concluded.