Watch: Profoundly racist and violent video that led to arrest of South Carolina teen who threatened to shoot up school 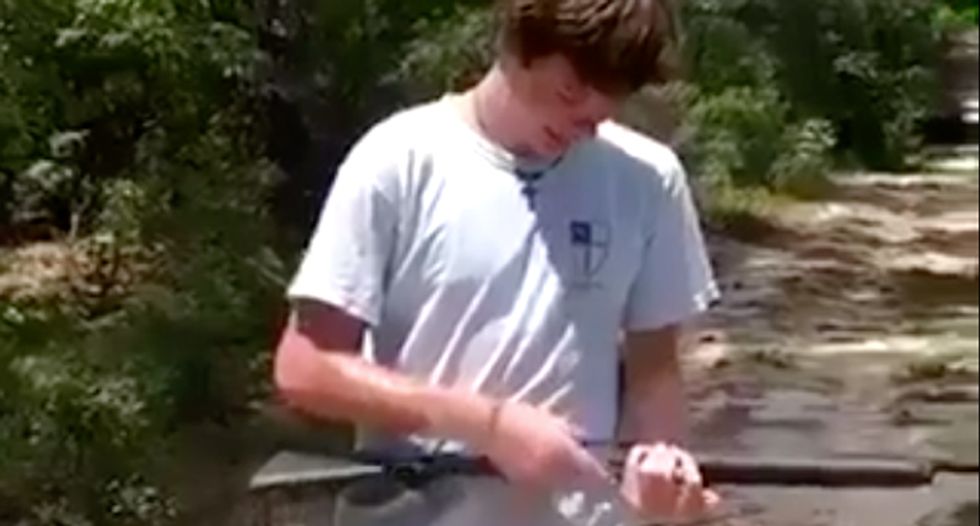 Police in South Carolina arrested a teenager after he posted a racist and threatening video, WIS-TV reports.

"A 16-year-old student was taken into custody on July 17 after making racist comments and threatening to 'shoot up the school,' according to the Richland County Sheriff’s Department," WIS-TV reported. "Authorities said the student was expelled form Cardinal Newman School after school officials discovered videos made by the student where he made racist comments and pretended to shoot black people. In the video, the student used real guns to shoot a box of Jordan shoes saying he hated black people and that 'they are stinky.'”

The videos show the student with multiple firearms and using the N-word.

“It was brought to our attention that videos were being distributed among students,” Richland County Sheriff Leon Lott said. “We worked very closely with the school to identify the students involved.”

The mother who posted the videos slammed President Donald Trump for teaching racism to children.