WATCH: Rachel Maddow reports on why the NRA is ‘freaked out’ about Oliver North testimony 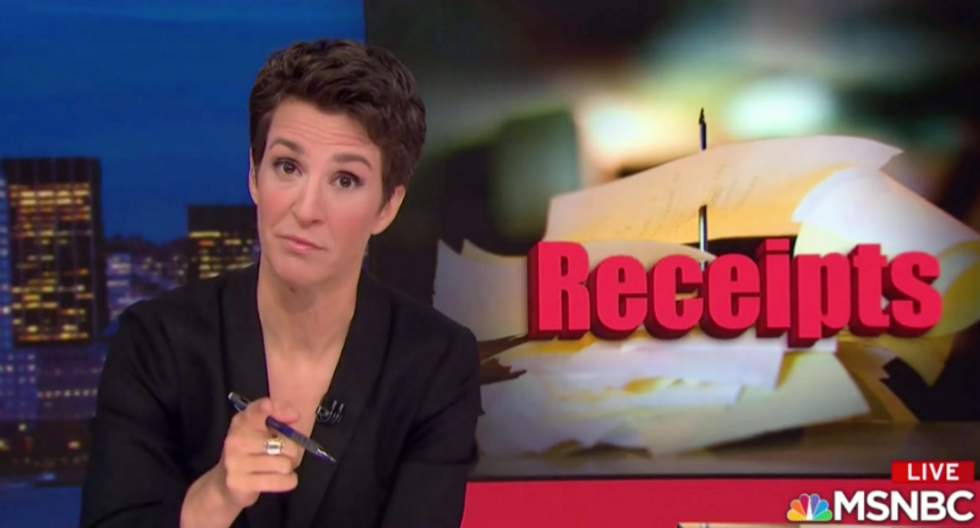 Maddow began the show by introducing Letitia James, the new Attorney General of New York, who is investigating the NRA.

"But today Tish James ended up in the headlines for an unusual reason. Today she was sued. She didn’t sue somebody or bring a case against somebody. She herself was sued by the NRA," Maddow reported. "The NRA, this sort of powerful right-wing, pro-gun advocacy group. If you have been following news about the NRA recently at all, you know they are embroiled in all sorts of legal drama."

"The reason they’re suing her is because the NRA is apparently quite freaked out about the prospect of what Tish James might hear from one of the people she has subpoenaed. Again, she’s issued more than 90 subpoenas. But what the NRA is suing her about, what they are freaked out about is one of the subpoenas she sent to Oliver North," she reported. "Yes, that Oliver North, the fellow from the Iran-Contra scandal."

"Honestly, junior high school has less drama and fights around the graduation dance than these guys with each other over the last few months," Maddow suggested. "And it couldn’t happen to a nicer bunch."

"Whether or not you care about their drama, and how they are or are not resolving things amongst themselves, what is it that Oliver North might say to the New York Attorney general that has the NRA so freaked out that they want their own lawyers there for questioning? I don’t know," Maddow admitted. "Whether or not all this drama engages you, whatever is going on at the NRA with all these guys, it has resulted over these last four months or so, in a cascade of terrible and increasingly damning with embarrassing revelations about what the NRA does. About what happens to the donations that they get from their members and their donors."

She then recalled all of the revelations about the NRA that have been made public in 2019.