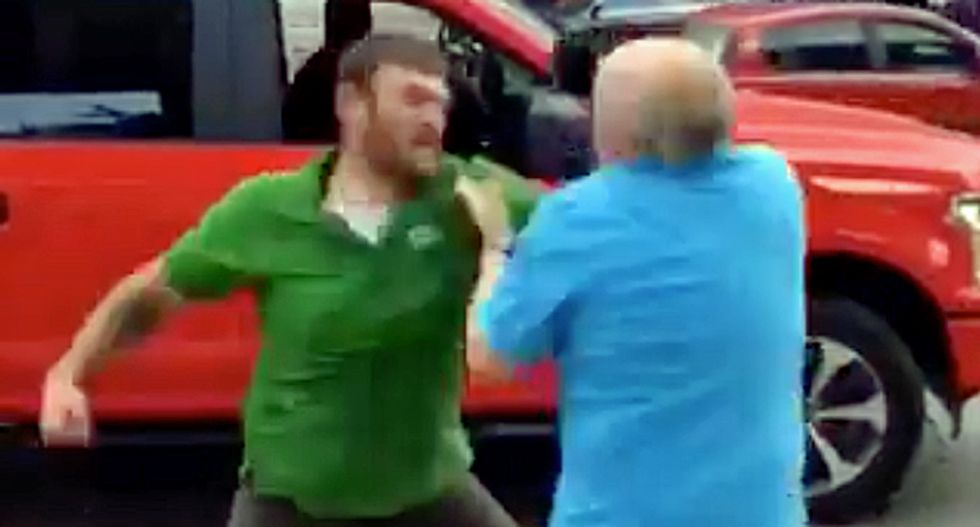 Attack on a protester at a Trump rally (screengrab)

One man was sent to the hospital after being assaulted at President Donald Trump's reelection rally in Cincinnati, Ohio, WLWT-TV reporter Jatara McGee reports.

"Dallas Frazier is charged with assault after punching a protester," McGee reported.

"I spoke with the man assaulted. He’s getting checked out at the hospital," she noted.

She said police have not yet confirmed Frazier is a Trump supporter, but that "several witnesses told me he is."

"Longer video shows him being hauled off and lots of shouting, bad language," she added.