WATCH: Trump voter tells reporter he's not racist because 'I shared my yard with a colored guy' 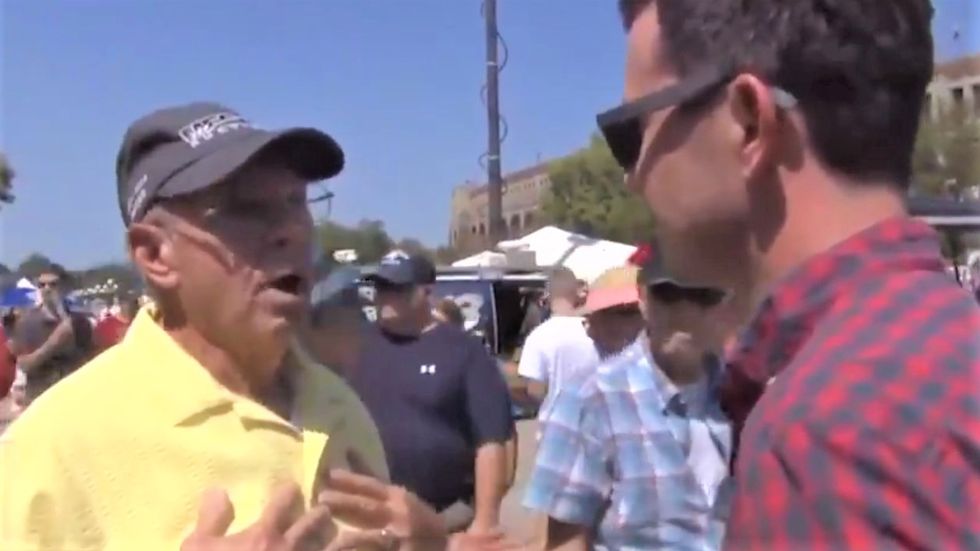 An Iowa supporter of President Donald Trump over the weekend told an MSNBC reporter that he's not a racist because of his friendly acquaintance with "a colored guy."

While at the Iowa State Fair, Hillyard approached an older white man and asked him who he was voting for. The man refused to tell Hillyard directly but heavily implied that he was backing Trump.

"Guess: I'm white, old, they call me all kinds of names, who do you think I would vote for?" the man said. "You don't have to fill in the blank, everybody knows. We're the bad people."

The man then tried to show that he wasn't actually a racist and said that, "I shared my yard with a colored guy -- I have nothing against them!"

Hillyard then asked him if he believed Trump was a racist, and the man replied that he did not.