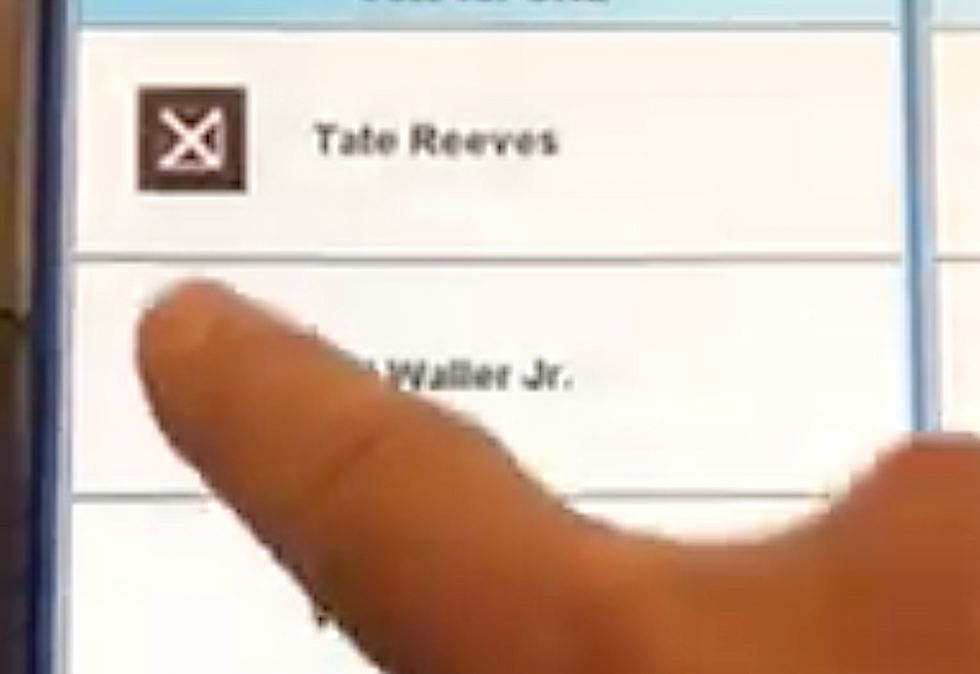 In a video posted to Facebook this Tuesday morning, a Mississippi voter showed what appeared to be a glitch in a voting machine being used for the state's GOP governor primary runoff, the Clarion Ledger reports.

In the video posted by Sally Kate Walker, the voting machine's touch screen changed the selection from Republican candidate Bill Waller Jr. to his opponent and fellow Republican Tate Reeves.

The two are in a GOP primary run-off to face Democratic Attorney General Jim Hood in the November general election.

According to the Clarion Ledger, Reeves currently leads Waller by 16 percentage points.

As the video shows, as the voter clicks Waller's name on the touch screen, the selection automatically changes to Reeves.

"It is not letting me vote for who I want to vote for," a person in the video says.

"How can that happen?" someone in the background asks.

From the Clarion Ledger:

Two other machines in Calhoun County have also "jumped," with at least one voter also attempting to vote for Waller but having their ballot automatically changed to Reeves, said Circuit Clerk Carlton Baker.

At the Northeast Calhoun precinct, also known as Chickenbone Baptist Church, a woman complained after "mashing the button" three times to vote for Waller but the machine kept switching her vote to Reeves, Baker said. On her fourth attempt, the machine cast her ballot for Waller. As of 12:30 p.m. Tuesday, a technician was working on the machine.

Then, at the Masonic Hall precinct in Vardaman, another voter complained of the machine "jumping" when they tried to cast their ballot. Baker did not know who that voter was attempting to vote for. That machine was taken out of commission until the technician could arrive, Baker said.

Walker says in the comment section of the video that the incident took place at the Burgess voting precinct in Oxford.

A spokesperson for the Secretary of State's Office told the Clarion Ledger that the faulty machine is being replaced, adding that only one machine at the precinct was malfunctioning. It's not known what will happen with 19 votes that were cast on the machine before it was discovered to be malfunctioning.