‘We could have sold it four times’: Trump jokes to first responders about El Paso speech where he owes $500,000 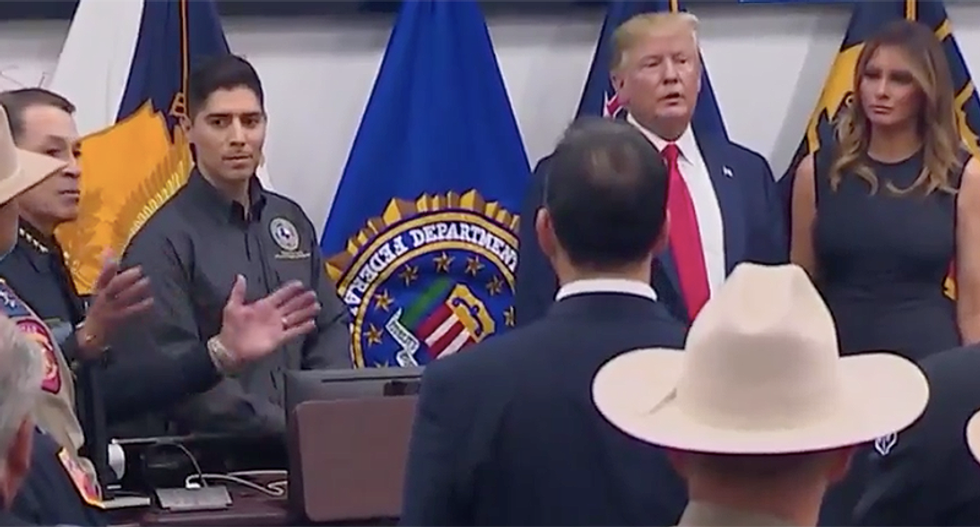 President Donald Trump went to El Paso, Texas in wake of a white supremacist attack that quoted the president's own words. The president went to El Paso last year and he still owes the city about $500,000 for the security costs.

While spending the evening with people reeling from a horrifying shooting that killed nearly two dozen people, Trump bragged about his crowd size in El Paso. He also signed books for his supporters, calling it "an amazing day."

At the hospital, Trump was met by people he called heroes, but the group didn't seem all that enthusiastic to see him. One woman standing behind him seemed to be averting her face from the cameras.