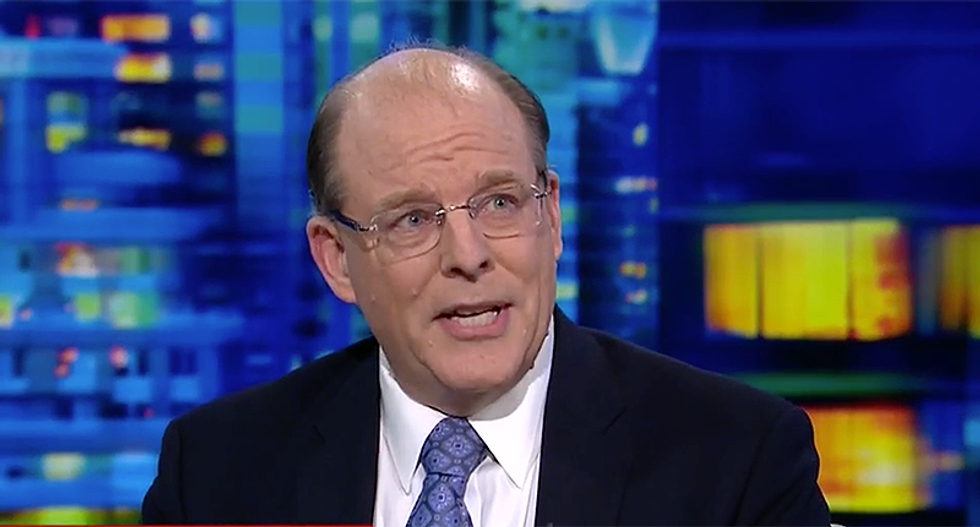 During his Wednesday show, CNN host Don Lemon addressed President Donald Trump's recent feud with Fox News, which has largely been a supporter of the president in the past.

Media critic Brian Stelter noted that liberals have criticized the network for the past several years for being "state-run television," similar to those run in China or North Korea.

"He gets very angry when the network talks about the Democrats," Stelter said of Trump. "He hates seeing Bernie Sanders and other democratic candidates on Fox. Today he hated seeing a democratic spokesperson on Fox. It's as if he believes that Fox only exists to promote him. The highest-rated shows do promote him. The highest-rated shows do support him. There are news shows that get a lot less attention. This is going to go on for many more months. The president, you know, he's lashing out because he wants this network to be incredibly loyal. It's kind of a version of working the refs, Don."

Peter Wehner, who worked in three Republican administrations and now works with a conservative think tank, said that this is simply "another manifestation of Trump's narcissistic personality disorder."

"That is, this is a person who demands total fealty, total loyalty, total allegiance, and when he doesn't get it, he freaks out, and he lashes out," Wehner continued. "Now, what you've seen through the arc of the Trump presidency, it seems to me, is not that this is completely anomalous, but that it's accelerating. All of his tendencies are getting worse. It will be interesting to see how Fox handles it."

Stelter agreed, saying that he was raising an uncomfortable but important point. Lemon noted Trump apologists tend to say is that the president's critics aren't psychologists and haven't examined the president, so they can't diagnose him with any mental disorders.

"Well, number one, you don't have to be just a psychologist, you can be a citizen, you can be a sentient human being and say what is obvious before your eyes," countered Wehner. "This man is not psychologically well. I'm sorry if we're not supposed to say that, but you can't deny the obvious. He has all these tendencies and all these traits that point in the right direction. I've worked for — in three administrations. I worked closely with a president in the White House for seven years. I'm telling you when you combine the power of the presidency with a person who has a disordered personality, that's dangerous stuff. Now so far it's been kept in check in terms of no catastrophe happening, but this is not what you want. And, you know, it's — Trump defenders are asking people essentially to, you know, are you going to believe me?"

"To look away!" interjected Stelter.

"Or your lying eyes," Wehner agreed.

"These things are happening, and it's perfectly reasonable for responsible citizens to draw conclusions from empirical facts, from empirical statements and these behaviors that we see," Wehner concluded.