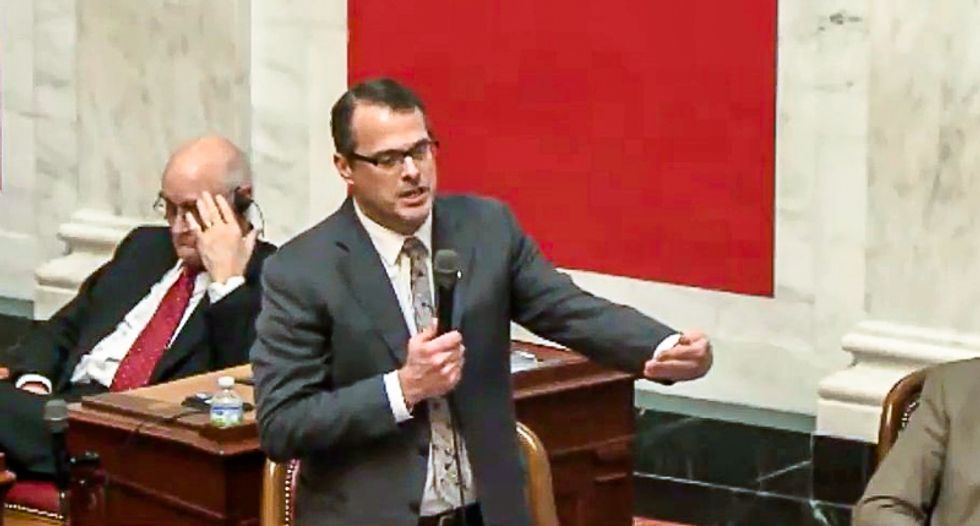 According to criminal complaint filed on Tuesday, Maroney's cell phone was used to solicit a prostitute in May.

The complaint claims that someone with Maroney's phone exchanged text messages with a prostitute who offered services for $120 an hour.

In a text message conversation on May 16, the suspected prostitute demanded to see a photograph of Maroney before she would meet with him. Officers said that the photograph matched pictures of Maroney on file.

On June 13, Maroney received a message from the woman saying, "Come f*ck me."

Maroney, a radiologist, was arraigned on charges of soliciting a prostitute. He was released on $4,500 bond.

Maroney is one of seven men who have been charged in connection to the prostitution ring.

The lawmaker has previously made headlines for his anti-LGBT legislation.