'What could possibly go wrong?' MSNBC panel laughs at Trump stupidity on dropping a bomb to stop hurricanes 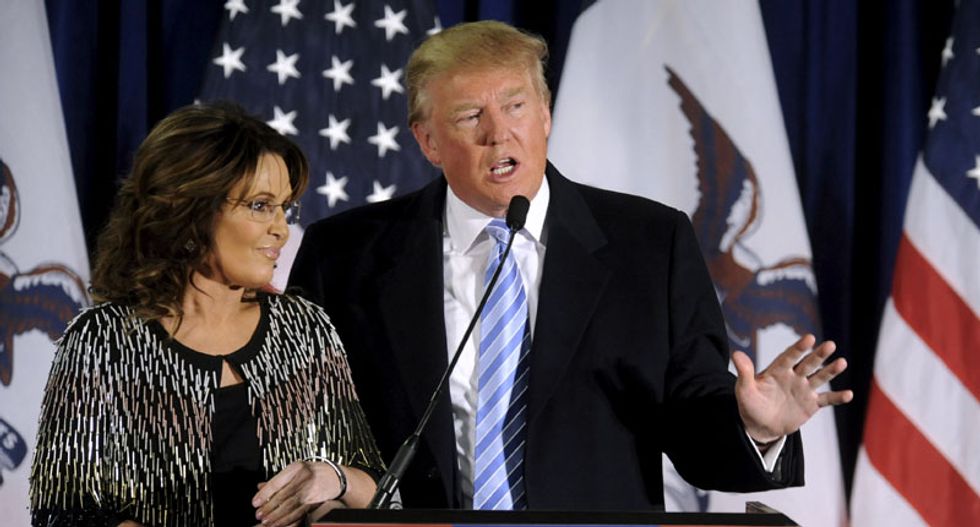 An MSNBC panel couldn't help but laugh and joke at the news that President Donald Trump asked if hurricanes could be stopped with a nuclear bomb.

The incident reportedly took place after multiple hurricanes hit the U.S. numerous times. Axios reporter Jonathan Swan told MSNBC Sunday that scientists did research the question in 1961, but the conspiracy has persisted and that there is a factsheet dispelling the myth on the National Geographic's website.

"The first question that comes up is the ancient one, who could go wrong?" John Harwood laughed.

"What could possibly go wrong?" host Kasie Hunt joined him in laughing.

Harwood then defended the president, saying that it was a topic of discussion and scientists examined it. The only problem is that it was studied nearly 60 years ago.

"I can see the president have simply been aware of or made aware of those discussions and putting the question and asking someone to explain to him whether it could work or not work," Harwood said. The assumption is that Trump heard the question 60 years ago and then remembered to ask about it. Given the president's forgetfulness, it seems implausible. "So, you do want somebody to test assumptions and questions. If he were serious in trying to make this happen, given the fact that people have determined it's not a good idea, then I would have deeper questions than I do."

Hunt noted that it seems like every time there is an absurd idea being rumored, like buying Greenland, Americans learn that the president is serious about it.

"The fact that this happened early in the second year of his presidency is what is concerning to me. This is not the first reporting the president asked about using nuclear weapons, 'Why can't we use nuclear weapons?'" said Kimberly Atkins of WBUR. "I would have thought the first time it would have been explained very carefully and clearly to him why that would be such a bad idea. So, the fact he's asking again is concerning. The fact he's unaware of the international rules constraining his use of nuclear weapons is concerning. These are the reasons why people keep talking about things like competence. It's not just the media is out to get him. He continuously does things that show he doesn't have much curiosity or deep knowledge of the job he's held for years."

Hunt noted that it also turns a mind to wonder why people are leaking these things to the press.