'What is the difference'? Democratic strategist blows up at Trump for treating Puerto Rico and Florida differently 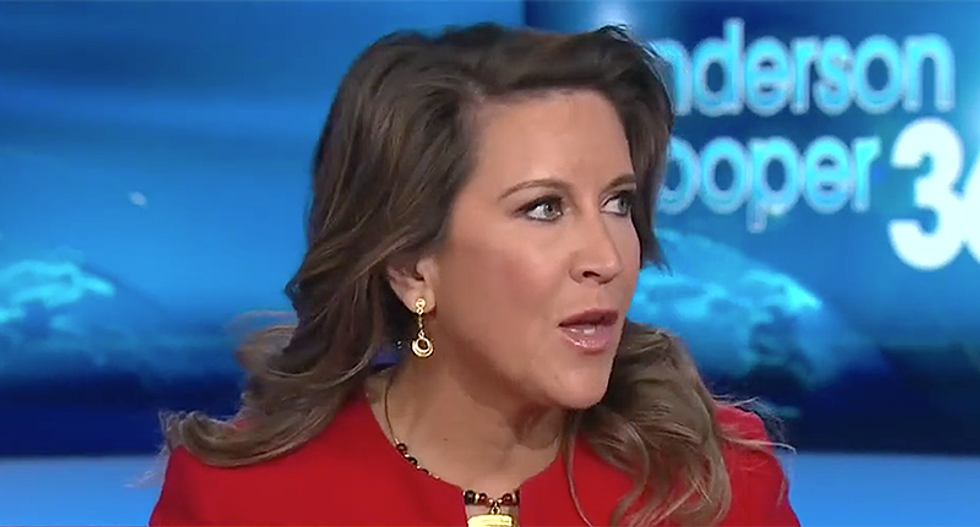 On Thursday's edition of CNN's "OutFront," Democratic strategist Maria Cardona clashed with Mitch McConnell adviser Scott Jennings over President Donald Trump's dismissive attitude toward the island of Puerto Rico, even as he expresses sympathy for Florida as they face the same hurricane.

"My preference would be for the president to treat all American territories and states the same. They're all American citizens," admitted Jennings. "But to argue the president of the United States only cares about Florida because it is a state that has electoral votes, or to argue that he doesn't care about Puerto Rico because it has Hispanic people when a quarter to 30 percent of Florida is also Hispanic, I think only the most mindless partisan would argue that."

"That's not the argument, the question is the president's words," cut in host Jim Sciutto.

"Scott is making my argument for me," said Cardona. "Yes. He should respond to every hurricane and natural disaster where people's lives are in the path of that disaster the way that he is responding to Florida. He did not do it to Puerto Rico, twice now."

"And don't tell me it's because of the corruption from the leaders," added Cardona. "The people in Puerto Rico, the 3 million Americans in Puerto Rico, should not be blamed for the corruption of their leaders. Yes, I believe that they are corrupt and guess what, the people of Puerto Rico got that government out. That has nothing to do with the fact that this president should act in a humane way towards all American citizens, and he has been unable and uninterested in doing that."