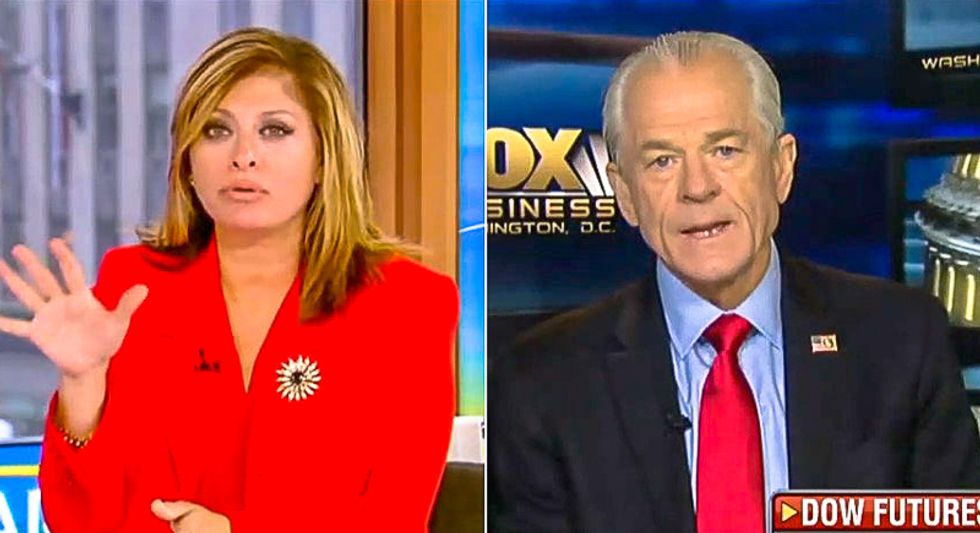 White House economic adviser Peter Navarro on Thursday suggested that The Wall Street Journal is a like a Chinese Communist Party newspaper.

In an interview on Fox Business, host Maria Bartiromo noted that the Journal had suggested naming the next recession after Navarro due to his support for President Donald Trump's tariff policy.

"Economic expansions don’t end on their own," the paper's editorial board wrote. "They almost always end due to policy mistakes. Mr. Trump’s willy-nilly trade offensive could be the mistake that turns a slowdown into the Navarro recession."

Navarro told Bartiromo that the Journal had a history of criticizing Trump.

"The Wall Street Journal will write what it writes," Navarro quipped, comparing the paper to the Central Committee of the Communist Party of China's official newspaper. "It doesn't sound a lot different from the People’s Daily in terms of the news that it puts out."

Fox Business and The Wall Street Journal are owned by the same parent company.