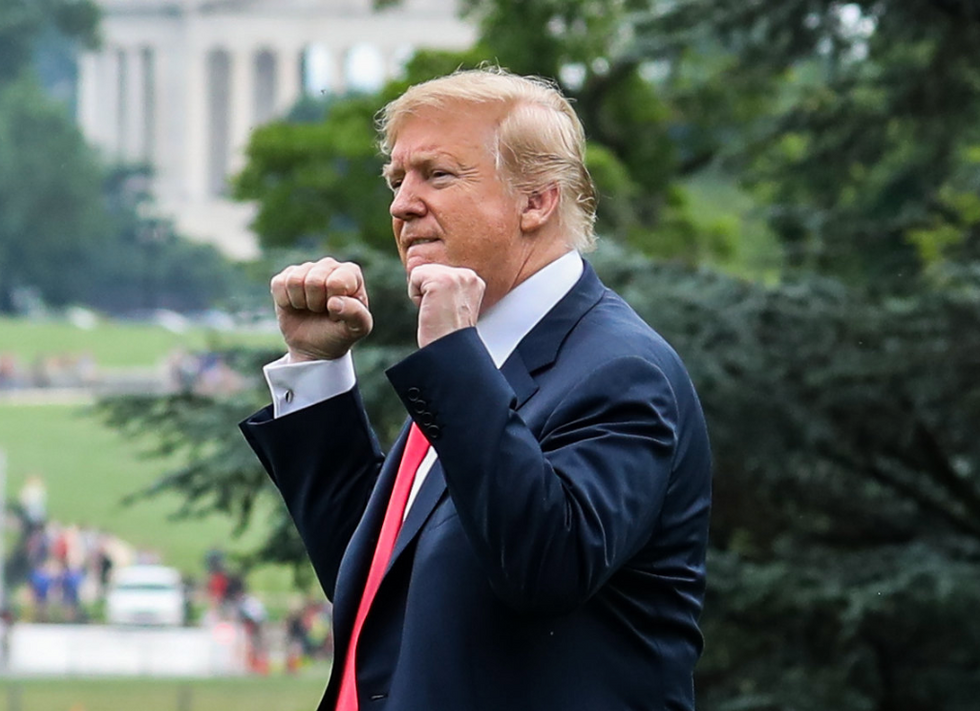 This Friday, President Trump raised eyebrows with his latest series of tweets regarding China, saying he's 'ordering' America companies to "immediately start looking for an alternative to China, including bringing your companies HOME and making your products in the USA."

Additionally, Trump said he was ordering "all U.S. postal carriers, including FedEx, Amazon, UPS and United States Post Office, “to SEARCH FOR & REFUSE all deliveries of Fentanyl from China (or anywhere else!)." Trump's declaration was in response to China announcing this Friday that it would retaliate against the U.S. with 5% and 10% on $75 billion of U.S. imports.

When asked by reporters if Trump's words constitute an official order or not, White House officials seemingly didn't know how to respond. Speaking on CNBC this morning, Eamon Javers said that White House officials are simply "not offering any explanation" as to what "legal or moral authority" Trump is drawing from to "hereby order" companies and government agencies to boycott China.

Javers added that officials are "not aware or able to provide any context" to Trump's tweet where he said he was going to "respond" to China's tariffs "later this afternoon."