‘White nationalism is an American terrorist movement’ as old as the nation: Rachel Maddow 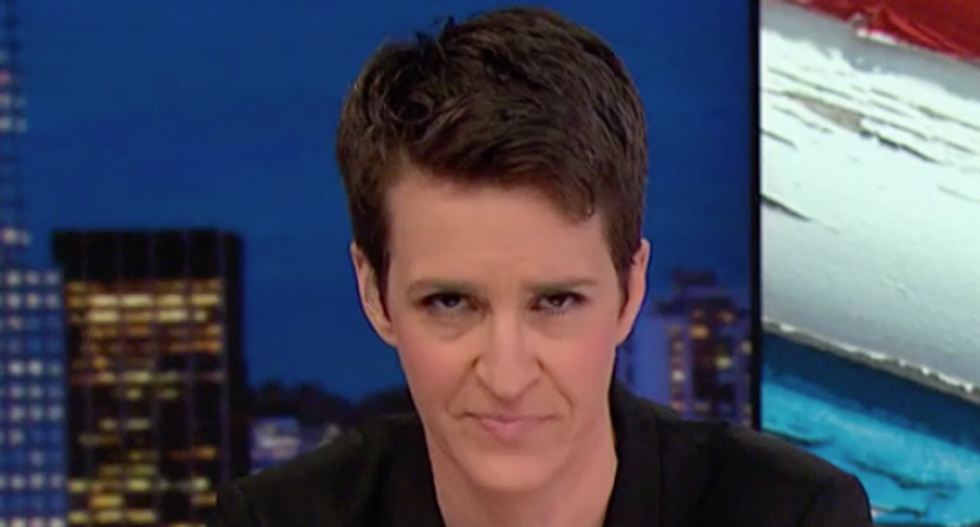 "Over the past few years, as the number of mass shootings in America has risen and risen and risen still further, the response to mass shootings has gotten stuck between the gears somehow. Our public officials roar and gnash their teeth, but nothing ever catches. Policy doesn’t change," Maddow reported. "One of the questions being asked now after this particular spate of mass shootings is whether that stasis will still hold, even now, even as this crisis takes on a frightening new form."

"Where else in the western world do these shootings happen with such numbing regularity? The answer is nowhere," she explained.

"The mental illness argument is a convenient retreat, but it’s not like other countries are free from mental illness or violent video games or disaffected youth or any of the other proxies we blame after every new mass shooting. It’s only in America where the combination of a young man and a loaded gun has led to so many tragedies, so many dead," she said.

"When there’s an attack by an Islamic extremist, we have no problem calling that terrorism. The American War on Terror has identified a very specific enemy," she noted. "In this case, the shooter in El Paso was on a different kind of terrorist mission. This was homegrown domestic terrorism. The targeted murder of immigrants and Latinos, to try to spread the ideology and the aims of white nationalism."

"White nationalism is an American terrorist movement as old as the Klan, as old as slavery, as old as the nation," she reminded. "But now unfettered online and with an increasing reach into far-right politics, its modern spread is a current and violent American crisis.

"On the day of the attack in El Paso, the gunman posted a 2,000-word diatribe online, railing about his fears for the white race and his hatred of immigrants, his desire to target Hispanics. He said he drew inspiration from an attack against Muslims in New Zealand that killed 51 people and from racist anti-immigrant arguments that white nationalists have been circulating online for years," Maddow reported. "Just 20 minutes after posting that online screed, that gunman killed 22 people in a Walmart in El Paso."

"It was the worst terrorist attack -- specifically targeting the Latino community -- in modern American history," she noted.

"But this time, something felt different. Something felt new," Maddow said. "A recognition that something has been forever changed and our new normal is neither normal nor welcome."