'Why not tell the truth'? CNN's Chris Cuomo slaps down Trump campaign press secretary for lying about Puerto Rico 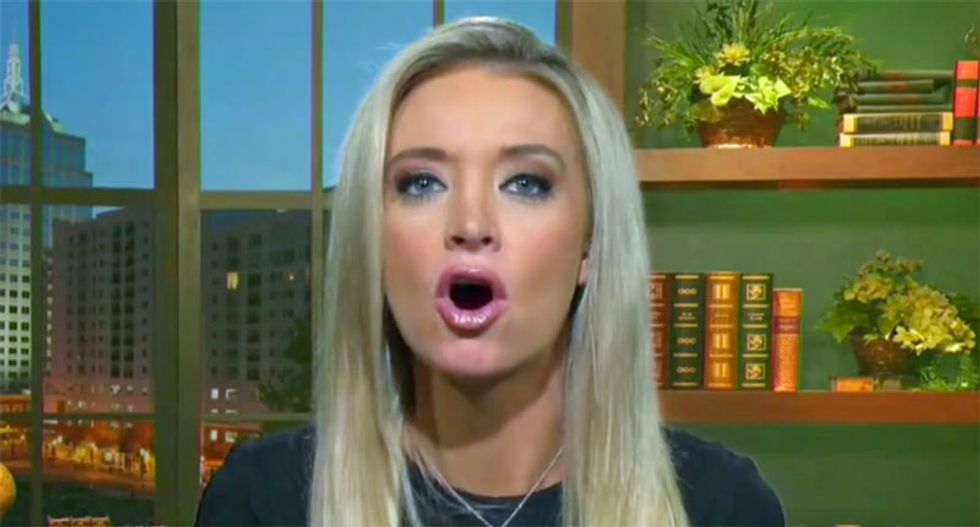 "Why, when they have a hurricane coming down on them, start going after them for being corrupt and how he's the best thing that ever happened to them?" Cuomo demanded. "Why do that then?"

"Because he's fighting for the people of Puerto Rico by calling out the corrupt politicians," said McEnany. "I think it speaks for itself when there are 375 public corruption convictions over a 10-year period. There were misused funds last time around, we don't want to see that happen this time around. The president delivered the largest FEMA response effort ever. These politicians must use these resources on the people."

"Nobody is going to argue with that," said Cuomo. "However, what they will argue with are the facts, which is, one, he didn't pass it, Congress did. He was against it. He fought it. He tried to slow-walk it, and now he lies about the number. He keeps coming up with this 90-plus number. You know it's nowhere near that. Why? Why not tell the truth?"

"He has signed into law tens of billions of dollars of funding," said McEnany. "The $91 billion number comes from estimated projections of what will be—"

"But it's based on an unknown of whether you need it over the next decade-plus," said Cuomo. "It makes no sense to use that number."

"You're missing the point, though, that this was the largest FEMA operation in the history of this country," whined McEnany.

"Are you missing the point, that he fought people wanting to do more for them and they're not near back on their feet and they're a part of this country?"

"There's been enough done for James Lee Witt, the FEMA director of Bill Clinton, saying this president gets an A-plus on his FEMA response effort," said McEnany.

"Who cares? He could work for Bill Clinton and be dead wrong," said Cuomo. "There are 30,000 homes that have blue tarps on them. Thank God Dorian wasn't anything meaningful to them. We'll see what happens on the back end of the storm. Why does he talk about a place that's part of this country that way? Why would he talk about swapping it for Greenland?"

"There are corrupt politicians there," said McEnany. "Notice in his tweet, he doesn't talk about the people."

"Since when is corruption something he goes after hard and heavy?" said Cuomo.

"He just pledged to hold the G7 at his own golf course!" said Cuomo in exasperation. "He's got an administration that's littered with perfidy and people who don't know how to keep their hands out of their own pockets, and he's about corruption?"

"I'm happy to go into corruption," said McEnany. "Because we've got a heck of a lot to talk about Obama, from bullying Tea Party groups, from spying on U.S. citizens within the Trump campaign."

"You can use whatever words you want. You don't have the facts to back it up," said Cuomo. "This is a president who won't show his taxes. Are you kidding?"