Workers at Shell plant told they would not get paid unless they attended Trump's speech: report 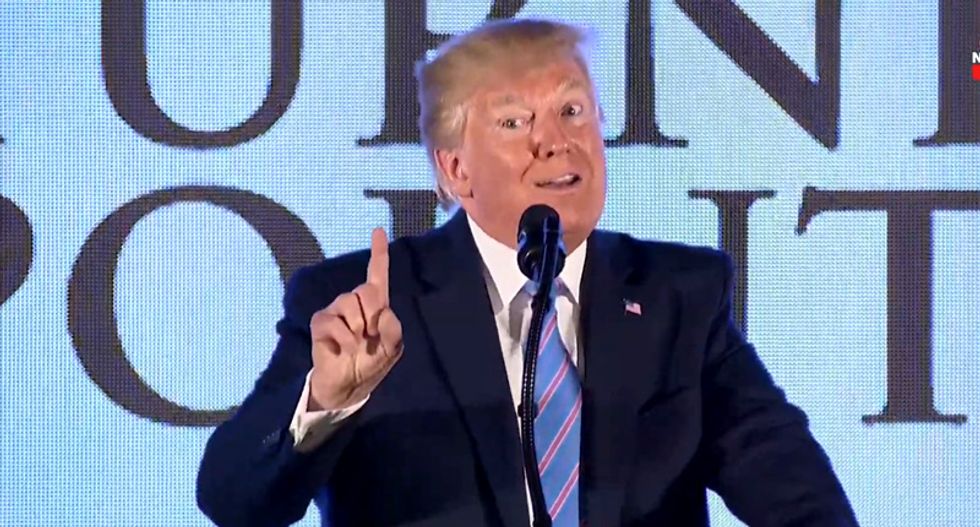 A new report from the Pittsburgh Post-Gazette claims that workers at Royal Dutch Shell’s petrochemical plant in Beaver County this week were told that they had to attend President Donald Trump's speech on energy if they wanted to be paid.

In a memo to union employees obtained by the Post-Gazette, Shell informed workers that their "attendance is not mandatory," but said that if they did not attend the rally, they would have to take a day off without getting paid.

According to the Post-Gazette, workers were to show up no later than 7 a.m. on Tuesday morning this week, where they were to get their identity cards scanned and would then have to wait in line for hours before the president's speech.

"NO SCAN, NO PAY," Shell informed the workers.

The report explains that the plant has a 56-hour workweek that includes 16 hours of overtime in which workers get paid time-and-a-half. Workers who attended the president's speech would qualify to get time-and-a-half if they worked on Friday, while workers who did not attend the speech would not, even though both groups of workers did not do work at the plant on Tuesday.

A spokesperson for Shell described Trump's speech as "a paid training day with a guest speaker who happened to be the President."