Young, educated and furious: a survey of Hong Kong's protesters 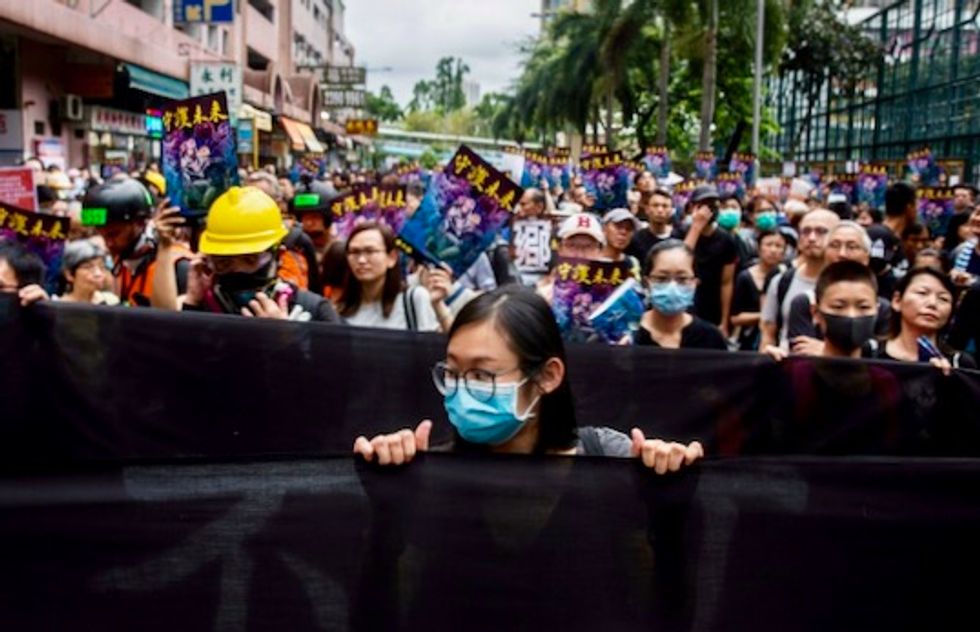 The vast majority of Hong Kong's pro-democracy protesters are university-educated, almost half are in their twenties and nearly everyone loathes the police, according to an academic survey that sheds new light on the movement.

Ten weeks of demonstrations in the financial hub have seen millions of people take to the streets, increasingly violent clashes breakout between hardcore protesters and police and, more recently, flights grounded at the airport.

The rallies that began in opposition to a bill allowing extraditions to mainland China have morphed into a broader bid to reverse a slide in democratic freedoms.

Researchers from four of the city's universities surveyed participants across 12 protests -- including mass rallies and "fluid" and "static" demonstrations -- between June 9 and August 4 and found 54 percent were male and 46 percent were female.

Overall, 77 percent of the 6,688 respondents said they had a tertiary (higher) education, with 21 percent saying they had a secondary (high school) education.

Exactly half (50 percent) considered themselves to be middle class, while 41 percent said they were "grassroots".

When asked why they were demonstrating, 87 percent said they wanted the extradition bill to be withdrawn, 95 percent expressed dissatisfaction with police's handling of the protests and 92 percent called for the establishment of an independent commission of inquiry.