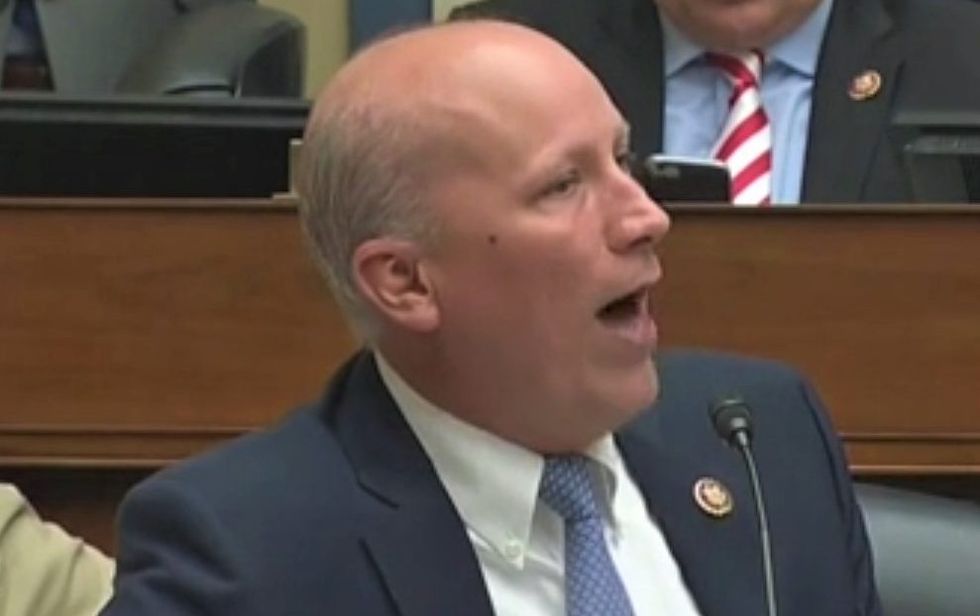 Rep. Chip Roy (R-TX) got a lot more than he bargained for when he held a town hall meeting with constituents in San Antonio this week.

The Austin American Statesman reports that Roy on Wednesday hosted a town hall meeting at the Compassion Church in northern San Antonio this week in which he was confronted over his criticisms of Rep. Ilhan Omar (D-MN).

While Roy was attacking Omar during the meeting, a woman named Eva Perez yelled at him to "let it go" and stop slamming his Democratic colleagues.

"“What are you doing to keep people from being shot in a Walmart?” she asked him.

After Roy discussed the need of police to track down and monitor "lone wolves," Perez again interjected.

"They’re not lone wolves, they’re white supremacists,” she said. "They’re organized and they’re visible. They stand next to you at events."

Local news station KVUE also reports that Roy at one point walked off the stage over his frustration at audience outbursts, but he eventually returned and said he wanted to "start over."

Watch KVUE's coverage of the meeting below.