A 14 year old was just charged with gunning down 5 family members, including a 6-month old, with an illegal gun 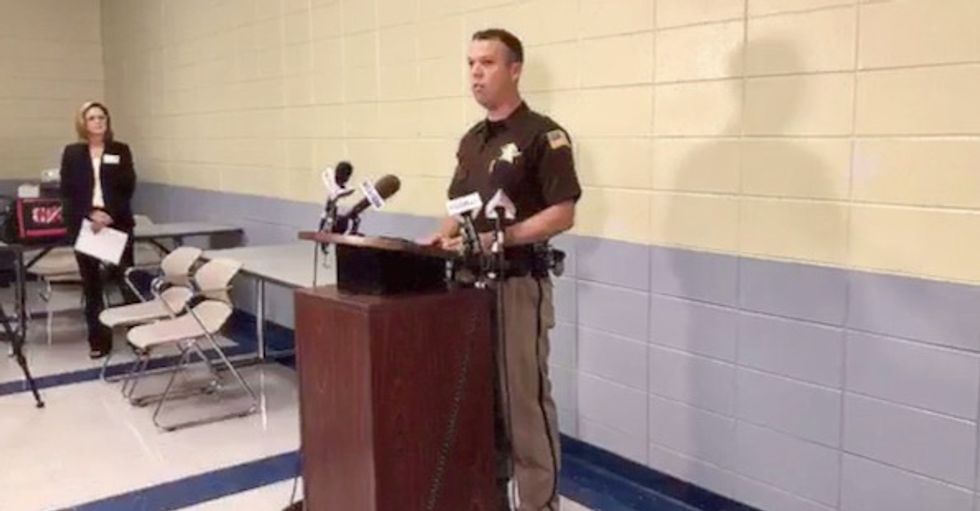 On Monday a 14-year old boy in Alabama allegedly shot to death his father, his stepmother, his 6-year old brother, his 5-year old sister, and his 6-month old brother, with an illegal gun. It barely made the news.

Police say the teenager has confessed, and is currently being charged as a juvenile, AL.com reports. "The gun used in the homicides was in the Sisk home illegally, Young said at a press conference on Tuesday afternoon."

UPDATE: Investigators have recovered the handgun from the side of the road nearby where it had been tossed. https://t.co/hayOpNXq6X
— Limestone Sheriff (@Limestone Sheriff) 1567521474.0

The teen, who is not currently being charged as an adult, has not been identified, but his family members, now dead, include his 38-year old father, John Sisk, his 35-year old stepmother, and the three siblings.

No motive has been identified.

Despite the horrific mass shooting, there has been little mention in the national news, which has become awash in news of mass shootings. NCRM counted just 20 news articles on the slaughter.

Here is the Sheriff's press conference: