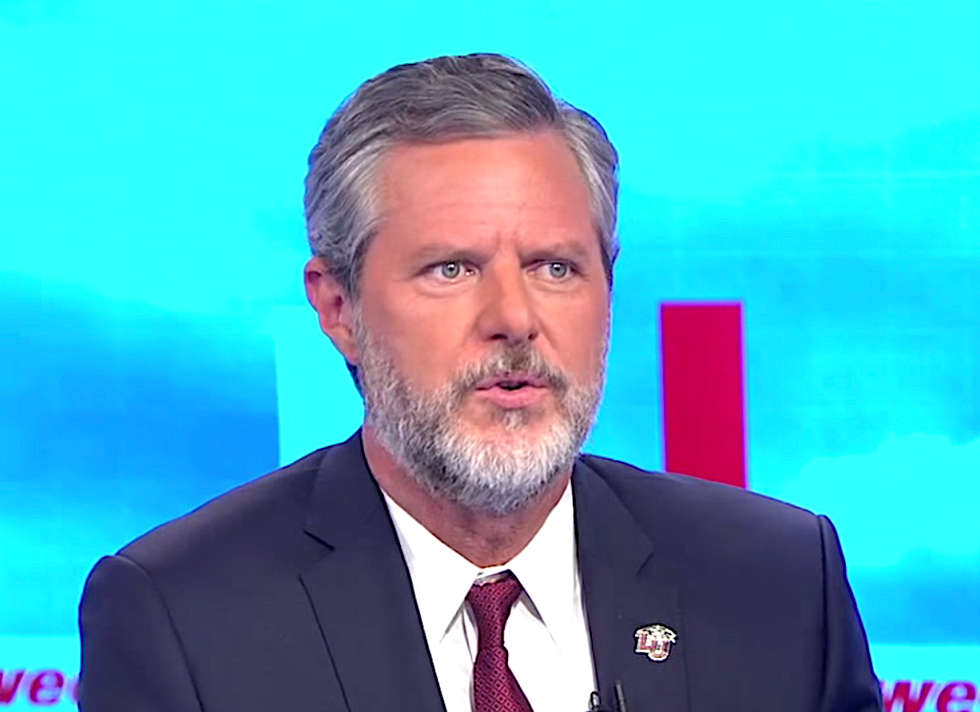 Update: The Associated Press, which was the source for the Richmond Times-Dispatch's story, has issued a correction saying they "reported erroneously that the Southern Association of Colleges and Schools Commission on Colleges sent a letter asking for more information about recent news reports about Jerry Falwell Jr."

According to a new report from the Richmond Times-Dispatch, the accrediting body that oversees Liberty University wants to take a deeper look at the accusations and news reports surrounding Jerry Falwell Jr.

Janea Johnson of the Southern Association of Colleges and Schools Commission on Colleges reportedly asked Liberty to "respond to media reports" regarding Falwell.

The inquiry comes in the wake of multiple news reports that characterize Falwell as a corrupt self-dealer looking to quash scandals that he's implicated in. He's also accused of denigrating Liberty students behind closed doors.

Firing back at the allegations earlier this month, Falwell asked the FBI to investigate what he says is a “criminal conspiracy” against him orchestrated by former Liberty board members.

Earlier this month, a Christian activist group launched a petition calling for the Virginia Attorney General’s office and the IRS to investigate Falwell. So far the petition is 5,000 signatures short of achieving its goal of 20,000.

According to Johnson, once Liberty University responds to her inquiry, a decision will be made as to whether or not further action will be taken. What that action will be and who it will be against wasn't immediately clear.