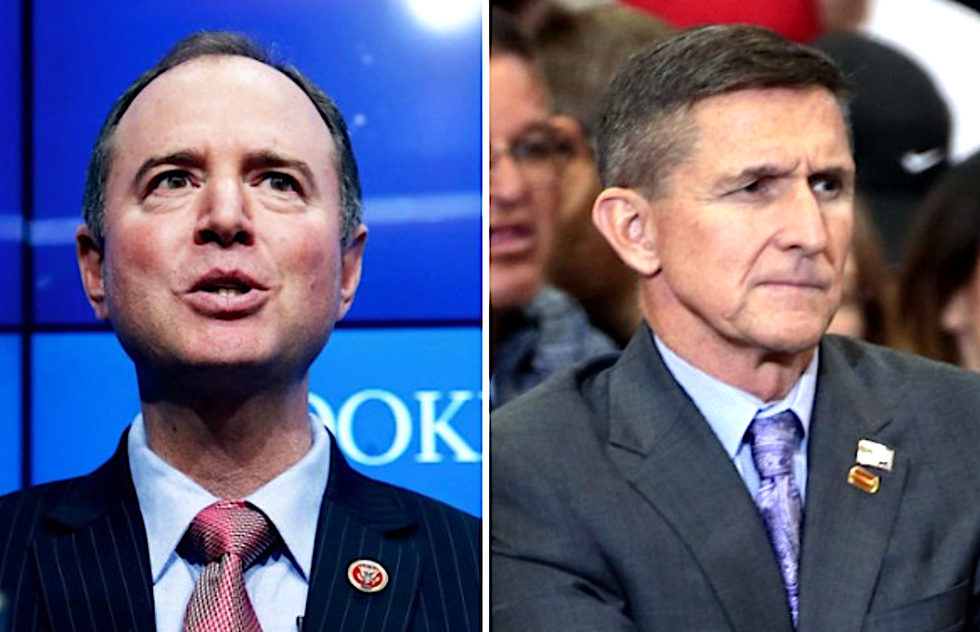 “Notwithstanding repeated efforts by committee staff to engage with your counsel and accommodate your adjournment requests, you have, to date, failed to comply with the committee’s subpoena or cooperate with the committee’s efforts to secure your compliance,” Schiff wrote, adding that Flynn's new lawyer, Sydney Powell, exhibited "a troubling degree of unprofessionalism" with Committee staffers.

Schiff's letter went on to state that Powell “refused to accept service” of a subpoena issued by the Committee in June, saying that he repeatedly sought to push back deadlines and ignored phone calls intended to schedule his client's testimony for late July.

According to Schiff, Powell said that Flynn would invoke the 5th Amendment and refuse to answer questions.

“The Fifth Amendment privilege must be invoked in response to specific questions or topics that might tend to incriminate you if answered truthfully,” Schiff wrote. “Your counsel’s blanket invocation of the Fifth Amendment … is, therefore, inadequate.”

As POLITICO points out, Powell is a vocal critic of the Mueller investigation, a regular fixture on Fox News, and has made a litany of unsubstantiated allegations against Mueller's team.

Flynn pleaded guilty this December to lying to Congress about his contacts with Russia's ambassador just before Trump took office. Flynn initially cooperated with Mueller's investigation, but shifted strategy when he fired his legal team and took on Powell.