After devastating the Bahamas, Hurricane Dorian makes landfall in Canada 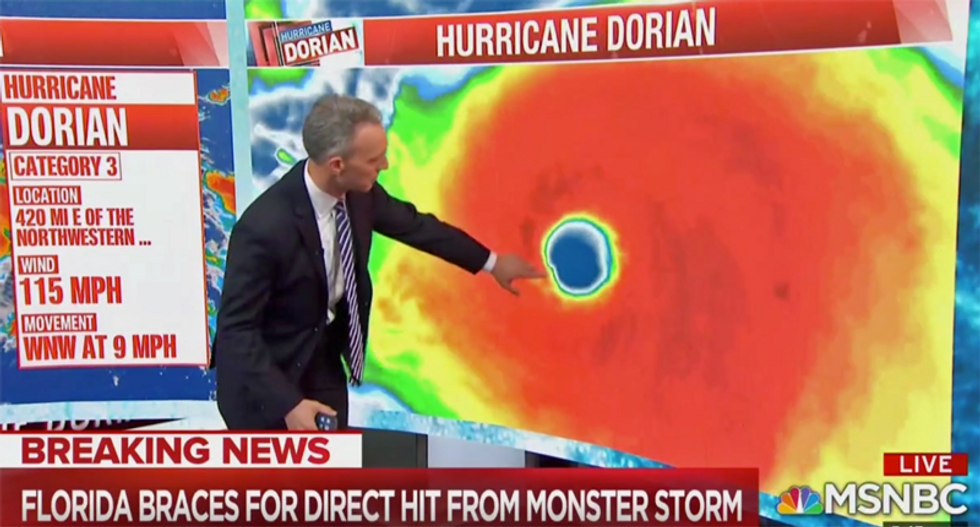 The storm churned up 65-foot (20-meter) waves, which pounded the coast near the port city that is home to Canada’s Atlantic fleet.

As it moved north from the US after devastating the Bahamas, the storm was now being called a “very intense post-tropical cyclone,” but the Canadian Hurricane Centre warned that it was still packing winds equivalent to those of a Category 2 hurricane.

Officials also said it had already dropped more than 100 millimeters (four inches) of rain on Nova Scotia, which could double by Sunday morning.

Storm surges were causing widespread flooding. And more than 450,000 households were without electricity after winds knocked down power lines.

According to reports, a crane collapsed onto an apartment building under construction in downtown Halifax.

The military was mobilized to deliver aid and help with evacuations, while roads and bridges in the region were closed.

Overnight, Dorian was expected to track northeast through the Maritimes region with “destructive winds and heavy rainfall,” the Canadian Hurricane Centre said, passing near eastern Prince Edward Island around midnight, and then over the eastern Gulf of St. Lawrence waters and western Newfoundland by Sunday morning.