All of the corruption happening in Trump White House has been outed by his own people: Dem strategist 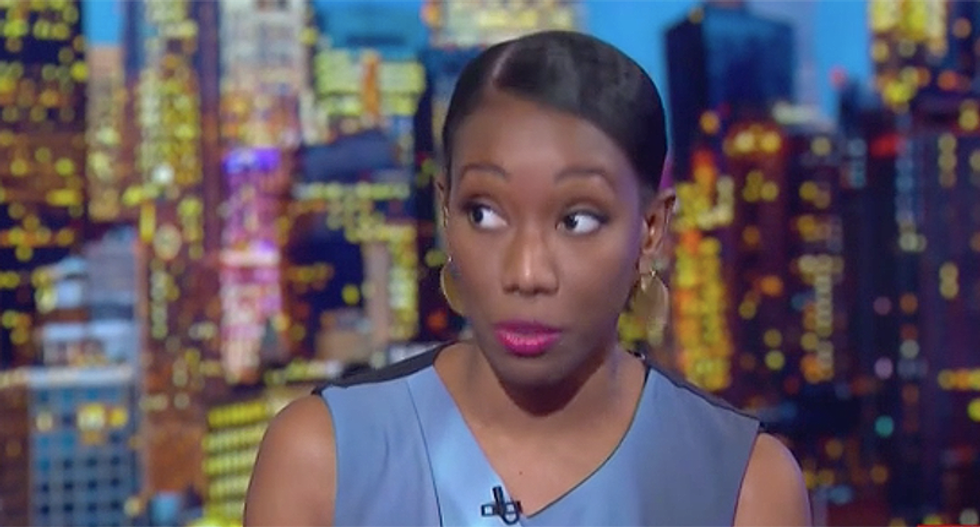 President Donald Trump might be alleging a "deep state conspiracy" or blaming Democrats for striking out against him, but as one analyst explained, it's his own people behind these reports.

During an MSNBC discussion, Democratic strategist Tara Dowdell explained that it's hardly any kind of conspiracy when Trump's own people are reporting him for doing something illegal.

"All of the leaks, all of the information that we have currently about the corruption going on in the Trump Administration has come from Trump officials," Dowdell told host Rev. Al Sharpton. "They’re the ones leaking this information. Democrats have been obstructed by the Trump Administration from almost every request for documents. We saw how Corey Lewandowski behaved in that hearing. So, what makes this even more compelling is it’s part of a pattern that people within Trump’s own administration are the ones that are exposing him. So, there’s nothing more compelling —"

Sharpton cut in: "Including his inspector general!"

"Including his own inspector general," she agreed. "So, there’s nothing more compelling than that alone. Then we know that Trump has told 12,000 lies. That’s as of August. So, this administration is engaging in what they have continued to engage in and what frankly they’ve gotten away with, which is deny, deflect, distract, attack. That’s the mode they’re in. They’re in the distract and attack portion of that mode right now. And one other thing I would add is the biggest report on this has come from “The Wall Street Journal, which is owned by Rupert Murdoch, who is friends with Jared Kushner. He’s actually mentored Jared Kushner in the news publishing business. And they broke Stormy Daniels and a series of these stories. So, this is not a situation of smoke. This is a five-alarm blaze."

Watch the take below:

An expert on cults told CNN on Tuesday that many Trump supporters have indeed been indoctrinated into a cult -- but he said that there are ways they can eventually be brought back to reality.