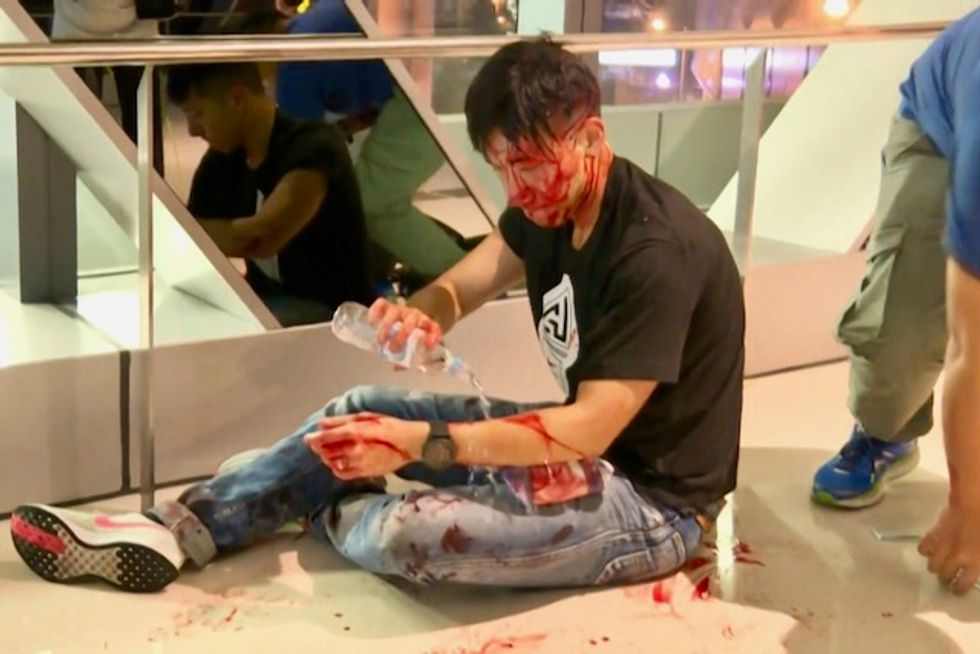 Amnesty International on Friday accused Hong Kong police of using excessive force against pro-democracy protesters, in some cases amounting to torture, allegations that were rejected by a commanding officer.

In a report based on interviews with nearly two dozen activists, most of whom were hospitalised after their arrests, the global rights watchdog said that officers routinely went beyond the level of force allowed by local law and international standards.

"In an apparent thirst for retaliation, Hong Kong's security forces have engaged in a disturbing pattern of reckless and unlawful tactics against people during the protests," said Nicholas Bequelin, East Asia Director at Amnesty International.

"This has included arbitrary arrests and retaliatory violence against arrested persons in custody, some of which has amounted to torture."

The rights group backed calls for an independent inquiry into police brutality, a key demand of protesters but one that has been rejected by government officials and the police top brass.

In a statement issued on Friday, police said their officers "exercise a high level of restraint at all times in the use of force".

On specific allegations in the report, police said they "do not comment on individual cases" and that those alleging abuse should register a complaint with the police watchdog instead.

The report came out hours before a senior officer met foreign journalists for a briefing on the protests that have battered the city for the last three months.

Anti-government protesters have hurled rocks, bottles and petrol bombs as well as used slingshots in their battles with police, who have responded with tear gas, rubber bullets and water cannon.

The commander, speaking on condition of anonymity, said his force felt they were being subjected to a "smear campaign" by protesters and opponents who spread footage of hard arrests but ignored the increased levels of violence by hardcore protesters.

"Our officers are worried that the level of violence has got to such a level that they might have to kill someone or be killed themselves," he said.

"We have been so restrained but in the face of such violence this pressure has become extremely dangerous."

The commander said officers sometimes had to continue hitting arrested protesters with batons because they were still not complying "even when they have three or four officers on top of them".

"I would be dishonest if I told you that no one had overstepped the line."

But the commander added he felt few police forces around the world would show the same levels of restraint in such circumstances.

It interviewed 21 people who had been arrested, 18 of whom were later hospitalised for injuries.

"Almost every arrested person interviewed described being beaten with batons and fists during the arrest, even when they were not resisting and often already restrained," the report said.

Most interviewees reported the violence stopped once in custody.

But one detainee said he was assaulted for being uncooperative and another described seeing police shine a laser into the eye of a young detainee -- a tactic protesters have employed against police.

The police denied those allegations, saying officers "respect the privacy, dignity and rights" of those arrested.

Hong Kong's protests were sparked by a now-abandoned plan to allow extraditions to the authoritarian Chinese mainland.

But after Beijing and local leaders took a hard line, the protests snowballed into a wider movement calling for police accountability and universal suffrage.

Amnesty's Bequelin said he believed the city's police "is no longer in a position to investigate itself and remedy the widespread unlawful suppression of protesters" and called for an independent inquiry.