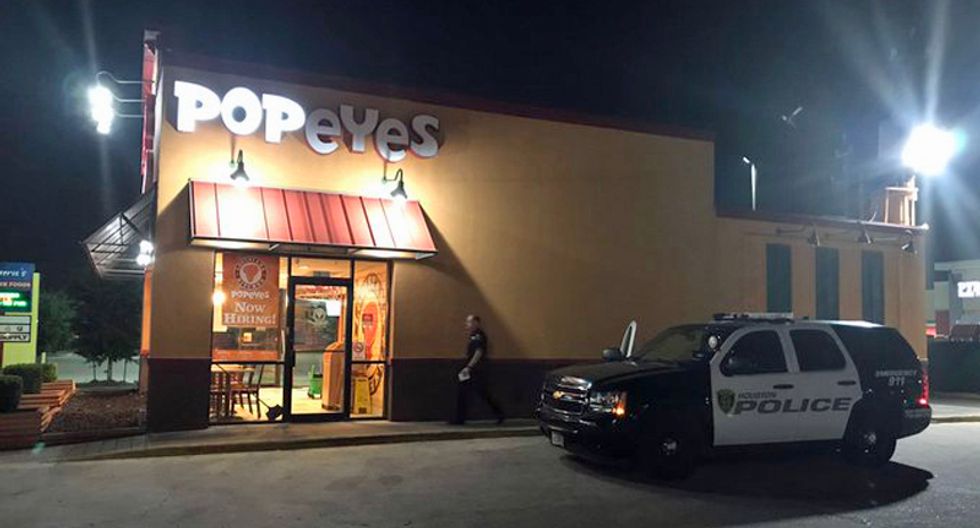 Police were called to a Popeyes in Houston, Texas after a violent confrontation -- over chicken sandwiches.

"Employees told ABC13 a mob of two women, three men and a baby were told at the drive-thru that the chicken sandwiches were sold out, but that apparently triggered the would-be customers. That is when police said they tried to get inside the restaurant," KTRK reported.

"One man had a gun, but a restaurant worker was able to lock them out," the station noted.

Southeast officers are at 7100 Scott. Male pulled a gun on employees of restaurant after they ran out of chicken sa… https://t.co/TOeWwA8hLj
— Houston Police (@Houston Police)1567479336.0