Arnold Schwarzenegger takes aim at Trump's fragile ego: 'He wants to be me' 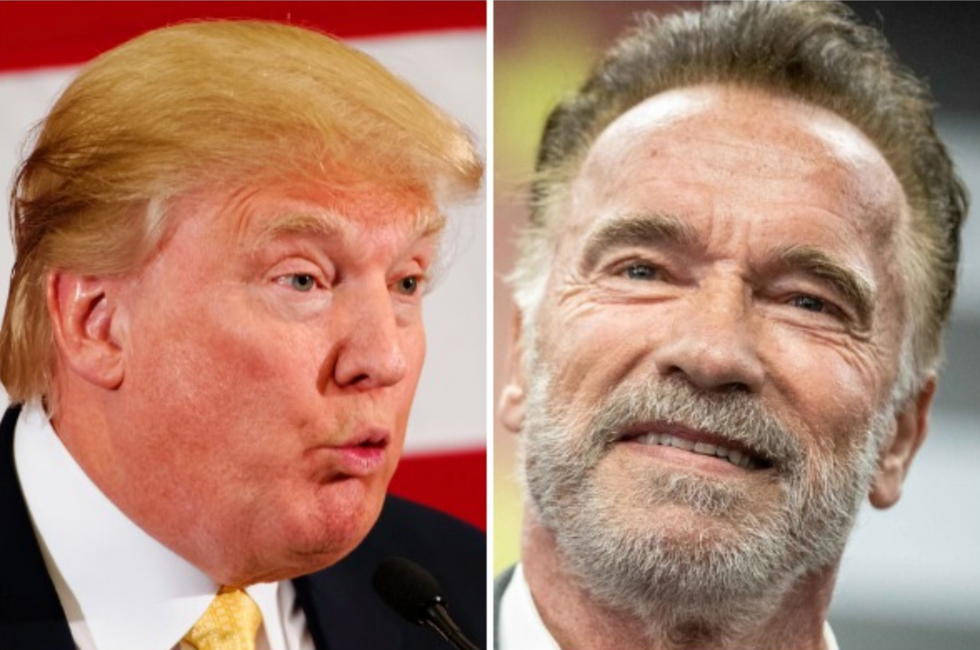 In the October edition of Men's Health, famed actor and former California Governor Arnold Schwarzenegger took a shot at President Trump, saying that Trump is secretly "in love" with him and wants to be like him.

“He’s in love with me. That’s the reality of it," Schwarzenegger said, referring to the pair's longstanding feud. "With Trump, he wants to be me.”

The feud stretches back to 2017 when Trump took aim at Schwarzenegger's performance as host of The New Celebrity Apprentice. Ever since, Schwarzenegger hasn't held back on his opinion of Trump, once calling him "meshugge," which is Yiddish for "crazy," for withdrawing from the landmark climate accord. When he hosted the Hollywood Foreign Press Association's annual grants dinner last month, Schwarzenegger said during his opening speech that he had "nothing nice to say" about the President.

In the Men's Health piece, Schwarzenegger talked about his relationship with Trump before the feud.

“I remember that in the old days, when we went to the wrestling matches, the way he admired people with bodies, and the way they would jump around in the ring, and to perform physical stunts and stuff like that," he said. "He had great admiration for that."

"He asked me, 'How do you do that, with the movies? I mean, it’s so believable,'" Schwarzenegger recalled. "He drilled down to specific questions that fascinated him. It was about, 'How do you sell something?' Like, a scene. 'How do you go and act out a scene so that I get affected emotionally?' He was fascinated by that. 'How do you do this when you do interviews – that you penetrate through it and you then are totally believable?'"